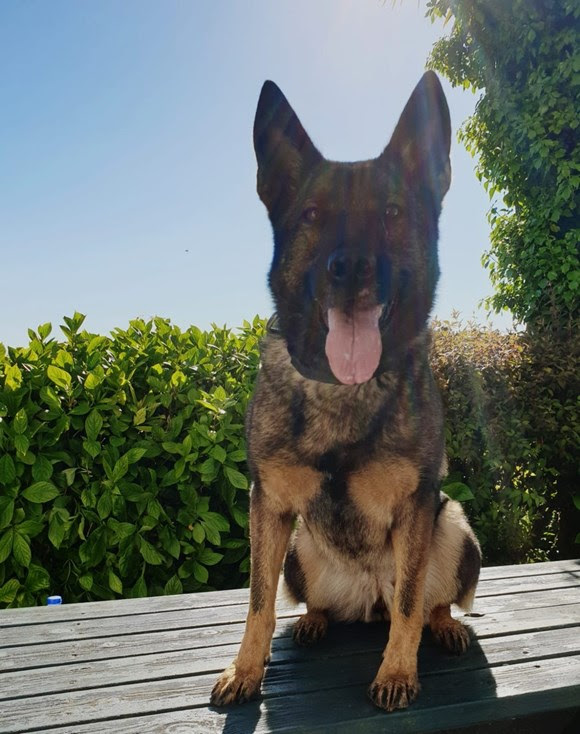 A property on Cranston Road, Sale was broken into at around 2am by three men who attempted to steal the occupant’s car keys.

After being disturbed, the trio fled into neighbouring fields where PD Mel located an abandoned rucksack containing breaking-in tools.

PD Mel continued the search to neighbouring areas, locating gloves believed to have been used in the burglary in a drain.

She then tracked the scent to a nearby property where she found two suspects hiding under a bush, a balaclava and a third hiding in an adjacent garden.

Not satisfied with their morning’s work, PD Mel then tracked a scent to a mobile phone and the keys stolen in the robbery, which will further add to the evidence for the offenders being brought to justice.

Three males, one aged 16 and two aged 17 were arrested on suspicion of burglary.

Inspector Glen Rees from the Tactical Dog Unit said: “The work of PD Mel is a prime example of the significant role our Police Dogs play in our day to day business, and the impact they have when attending incidents.

“Without Mel, I do not doubt that neither the offenders nor the evidence would have been located and she has clearly demonstrated the skills that our assets bring to the force”

Three arrested on suspicion of murder and rape of 36 year old woman in...