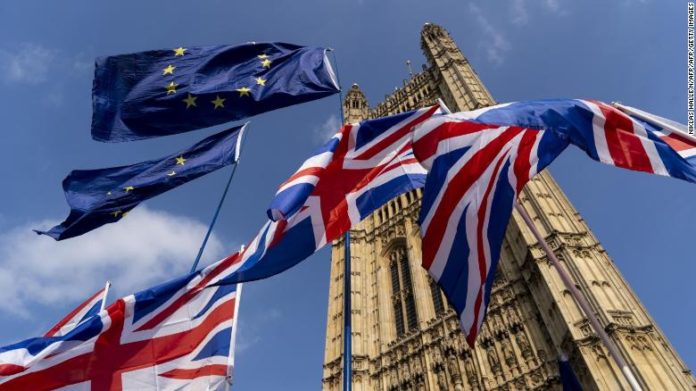 Theresa May has arrived in Berlin in a last-ditch attempt to persuade EU leaders to grant a Brexit extension until June 30th.

The Prime Minister is holding talks with Angela Merkel ahead of a meeting with Emmanuel Macron in Paris this afternoon. But Michel Barnier said an extension would only be granted if May can offer a ‘road-map’ of how Britain will use the extra time.

When she travels to Paris meanwhile,Emmanuel Macron will tell her that Brexit cannot be delayed beyond December 2019. The French president will attempt to use tomorrow’s emergency EU summit to persuade leaders not to allow an extension into 2020.

Liam Fox warned that a customs union with the EU would be the ‘worst of both worlds’. The international trade secretary said Labour’s demand that Britain stay in a customs union would leave Britain unable to make independent trade deals after Brexit.

In a letter to Tory MPs seen by the Daily Telegraph, Fox said: ‘We would ourselves be traded. As the famous saying in Brussels goes, if you are not at the table, you are on the menu’.

The House of Commons leader Andrea Leadsom has said that Theresa May should persuade Angela Merkel to reopen Brexit talks and change the backstop.‘If we could get the Prime Minister’s deal over the line because the EU have decided to support measures on the backstop, then that would be the best possible outcome.’