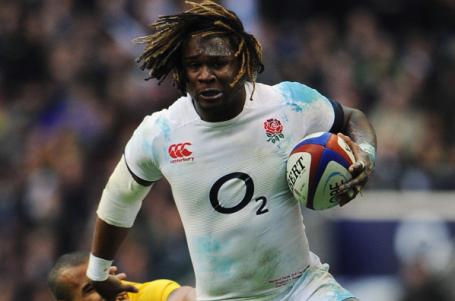 Having signed for the club from Harlequins in November, the England winger made a huge instant impact, scoring a try on his debut away at Leicester before then impressing again in the home win against Northampton.

However, the 25-year old was subsequently sidelined with a frustrating injury which has since prevented Marland from building on that exciting start.

Now though, he is fully fit and ready to return and play his part in what he believes can prove to be a successful second half of the season for the Sharks.

“I picked up a small injury during the Northampton game. Initially, we didn’t think it was going to be anything too long-term but it’s just been a little nagging problem that has taken a bit of time to get rid of,” Marland revealed.

“It’s one of those where you have to be sure it’s right – especially in the position I play in on the wing.

“Fortunately, I have not suffered any major injuries in the past three or four years and over the past few seasons, I probably played more games than anyone else at Harlequins while I was there.

“So it was a bit of a weird one. I really wanted to kick-on from making my first couple of appearances for the club but that problem is behind me now and, hopefully, I can play a part in helping us have a strong second half to the season.

“There is still a lot of rugby to be played – there’s still four months of the season to go and, hopefully, I can come in and make a positive impact for the club going forward and ensure that we finish the season well.

“It has been great to be around the environment even though I’ve been injured over these past few weeks. The guys have been doing well and they have helped me in my recovery.

Charnley leaves Sharks and heads back to Rugby League