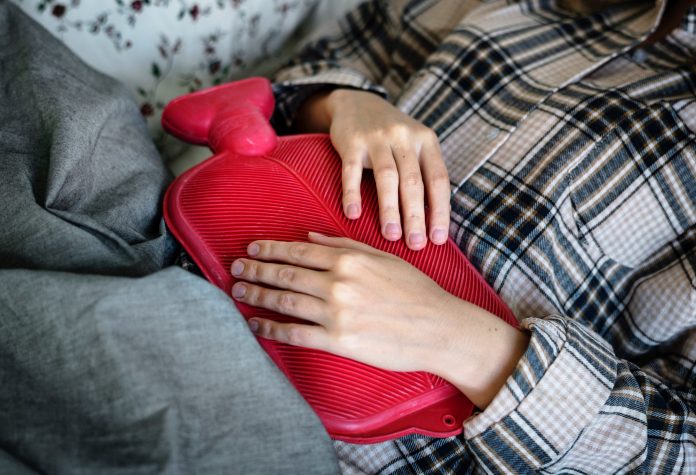 Many women suffer from endometriosis in silence leaving them feeling vulnerable and isolated, according to new research.

The new study into women’s experiences of coping with the long-term condition revealed a constant struggle, with endometriosis negatively affecting most aspects of their lives including their work, social lives and relationships.

Researchers at Manchester Metropolitan University administered online questionnaires to women between the ages of 22–56 years with the condition who reported: struggling to cope with debilitating pain and fatigue, self-pacing to conserve energy, avoiding painkillers to retain alertness, and even hiding symptoms for fear of negative judgement.

Most women also described the ‘battle’ for an accurate diagnosis with delays in referral, which ranged from four months to 25 years.

Endometriosis is a chronic and debilitating condition that affects around 1.5 million women in the UK, and involves tissue similar to the uterine lining being found outside the uterus. It can cause painful or heavy periods and may also lead to infertility, chronic fatigue, bowel and bladder problems.

Despite this, it took up to 25 years for some women to be diagnosed with endometriosis. Women were also dissatisfied with the support they received after diagnosis.

It is hoped that the findings, published in Psychology & Health, will help raise the awareness of the possibility of endometriosis, particularly among GPs to avoid them dismissing and normalising symptoms as ‘period pain’.

One participant, age 26, said: “I was 14 when I was told I just had ‘painful periods’. This carried on until I was about 18. I ended up going to and from the doctors but nobody seemed to know what was up until one particular doctor finally took me seriously and referred me to both the gynaecologists and another team to look at my bowel and intestines. It was when I was 23 – nine years later – that things finally started to move with people looking into my condition.”

Professor Sarah Grogan, a health psychologist at Manchester Metropolitan University and the lead researcher, aims to raise awareness of the condition and the often debilitating symptoms.

The Professor of Psychology, Health and Well-being said: “We wanted an exploration of women’s experiences from their own perspectives in some depth – it is essential for healthcare professionals to understand women’s experiences of endometriosis in order to plan treatment and support women appropriately.

“One of the most surprising outcomes of the study was the degree of social isolation that women felt when their experiences were not taken seriously by GPs, but also by family and friends who have limited knowledge of the condition.”

The findings are the result of an open-ended, online questionnaire accessed through a UK-based endometriosis charity website and completed by 34 women with the condition. Researchers found multiple common themes.

Women reported that they often concealed symptoms from friends, family and work colleagues, because they felt that others did not perceive endometriosis to be a legitimate illness. They were concerned that they would be labelled as a ‘hypochondriac’ or ‘weak’ and unable to handle ‘normal’ period pains.

Cancelling or changing plans due to pain and fatigue also negatively impacted women’s relationships, leading to more social isolation. One participant, age 27, said: “I have lost a number of friendships because I have been unable to be consistent and stick to plans and also am not keen on going out so much because of the difficulties I then have with added pain and fatigue so I avoid social situations a lot.”

As women expected negative reactions, they concealed symptoms from friends and colleagues or avoided contact, and this put additional strain on women’s intimate relationships and often led to problems in marriages, leading to increased feelings of guilt and isolation.

For most participants, work also suffered. Women stressed the importance of pacing themselves to prioritise ability to work, and many reported that breaks from work such as weekends and holidays were spent recovering so as to be able to function on working days.

Most women reported that they had to avoid work when symptoms were particularly bad, and some had taken part-time work and additional leave because of their symptoms.

Women also described avoiding taking pain medication as it made them feel drowsy and not sufficiently alert to function effectively.

One participant, age 37, said: “I am a nurse and my work needs me to focus on patient needs. This can be hard when I am in pain and I can’t concentrate due to the strong painkillers I take.”

Professor Grogan added: “It is important that GPs take seriously women’s concerns when they refer with symptoms of endometriosis. Women felt that their experiences were not taken seriously, and that this had led to significant delays in diagnosis and appropriate treatment.  Earlier diagnosis may have reduced frustration, isolation, and feelings of hopelessness.”

Why is COVID-19 more severe in the north of England? The story in four...