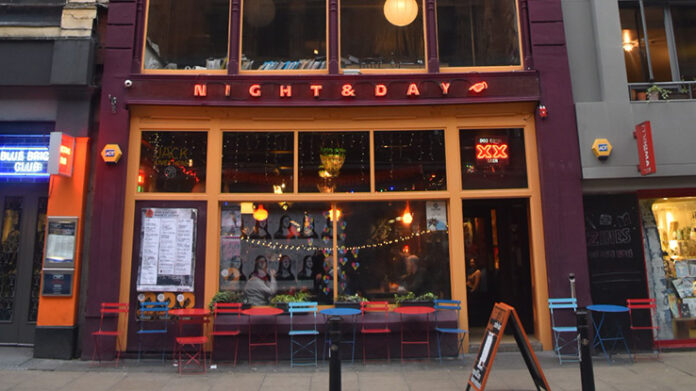 Manchester venues Night and Day and the Comedy store are among the latest venues to receive a share of Arts funding from the Government.

588 arts and cultural organisations are receiving a share of more than £76 million in essential support, Culture Secretary Oliver Dowden has announced.

Night and Day is Manchester’s most renowned grassroots live music venue which has hosted tens of thousands of bands and musicians over nearly 30 years contributing directly to the local economy and culture.

It provides a platform for local unsigned artists and hosts end of year shows for music schools such as the Royal Northern College of Music. Bands who have performed include Elbow, Kasabian, Jessie J, Arctic Monkeys and Manic Street Preachers.

The Comedy Store, the largest employer of professional comedy performers in the UK and one of Europe’s most significant comedy institutions, will receive £964,252 to retain staff in both its Manchester and London l locations and deliver an exciting programme that will provide fees for more than 250 freelancers.

Over 41 years have passed since I opened the very first alternative comedy venue in London, after 20 years I added a second venue in Manchester. Comedy is now rightly recognised as an art form and I am so proud to be known as the Godfather. I was devastated last March when we had to close both venues due to the Coronavirus and all the relative problems it brought to the understandably enforced closure. The investment will ensure that we will be back to entertain live audiences as soon as it is safe to do so, protecting livelihoods and the artform of comedy itself.