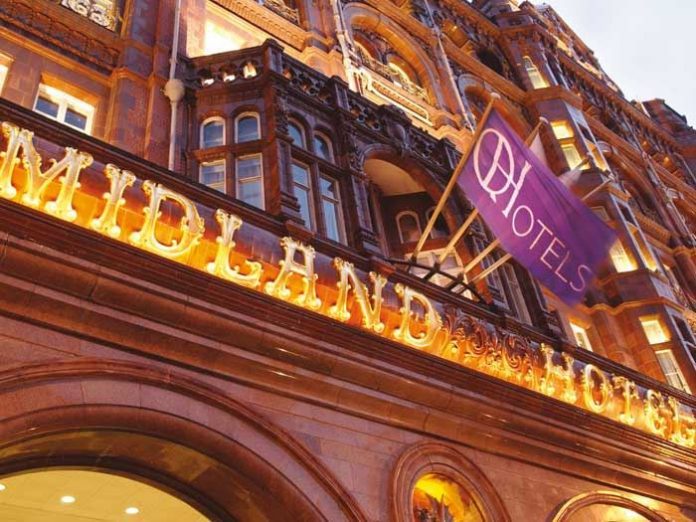 Manchester’s iconic Midland Hotel has changed hands for £115m in a deal that sees the Swedish hotel investment company Pandox partnering in the transaction with Fattal Hotels Group.

The hotel, which first opened in 1903, will operate under its Leonardo Hotels brand while retaining its iconic name.

The four-silver-AA-star, 312-bedroom hotel features two restaurants, Adam Reid at the French, and Mr Cooper’s,14 conference and meeting rooms, and a spa and gym,will receive an investment of £11m for renovation.

The Midland is one of three hotels Aprirose has sold from the portfolio, including Mottram Hall, which was sold to Champneys, and Bridgewood Manor, which has been sold to an undisclosed buyer.

There are seven Leonardo hotels in the UK, six in Scotland and one in London Heathrow, with 180 across major European cities.

The brand entered the UK market in 2017 with the acquisition of the 230-bedroom London Heathrow Airport hotel and opened the 282-bedroom Leonardo Royal Hotel Edinburgh as its flagship hotel, following a £6.1m refurbishment from the former Premier Inn.

Fattal Holdings controlling shareholder, CEO, and chairperson David Fattal said , “The Midland is a tourist icon. It is one of the best hotels in the UK, and will be a significant addition to the Fattal group’s portfolio of properties in the UK, which will number 9,309 rooms in 44 hotels when the deal is completed.”

Back on the map-Historic community of Haughton is reinstated

How a Manchester motorway could soon get its missing link