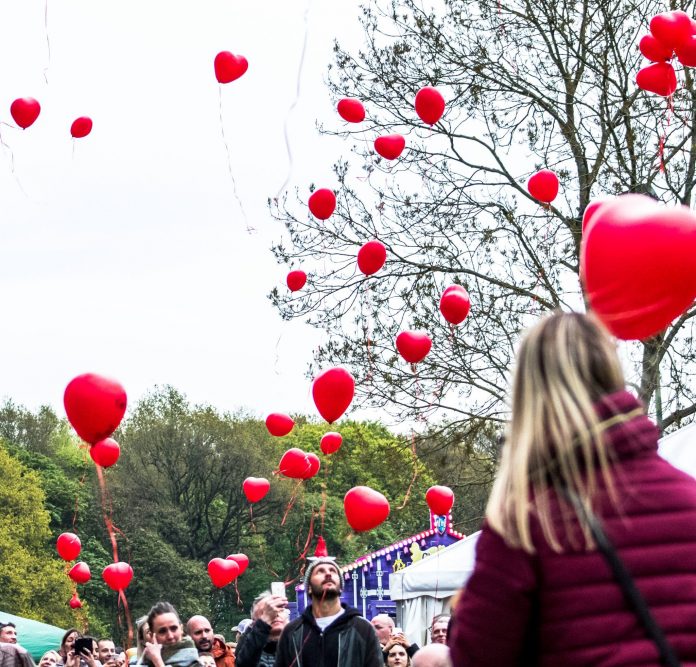 G-Festival is drumming up more record-breaking support for a Manchester-based children’s charity, with a big line-up confirmed for the annual May bank holiday music event on Sunday 6 May.

Featuring up-and-coming talent alongside some of the classics, G-Festival attracts thousands of visitors. Now in its seventh year, it has helped the locally founded Georgia’s Children of the World Charity to raise more than £200,000 to help children in the North West and internationally.

The event has 12 acts confirmed, including local singer songwriter Jess Kemp who is due to release her new single next month. Popular four-piece Manchester indie band Blank Chequewill also be appearing on the main stage, along with Linda Jennings (The Voice) and Aeron Smith (X-Factor).

Staged in Worsley, the event and the charity were originally set up by former punk band frontman, Steve Murray from Fast Cars in memory of his daughter Georgia. Steve said: “There’s amazing talent lined-up for 2018, with the funds we raise going to help kids in Manchester and around the world.

“A massive thanks to all the volunteers and local businesses who are putting in a huge amount of work behind the scenes to make G-Festival bigger and more successful. We’re stepping things up another level and aiming to break the quarter of million fundraising mark this year.”

One of the children the event has helped is five-year-old Heidi-Lou Decieco from Swinton who has cerebral palsy. Following a year of life-changing physiotherapy sessions funded by the charity, the family has realised their dream of helping Heidi-Lou to sit up independently for the first time in her life.

Heidi-Lou’s mum, Kate Decieco said: “The charity has been truly amazing. Doctors had told us it was unlikely Heidi-Lou would be able to sit, but over the past year the weekly physio sessions funded by the Georgia’s Children charity has meant she’s been able to achieve this.”

Steve added: “Heidi-Lou is a total star and we’re delighted to have been able to help her and her family. Her progress over recent months shows that miracles really can happen when a community pulls together.”

The charity now supports six ‘Georgia’s House’ facilities and is running live projects in Cambodia, Romania and closer to home in Salford.

G-Festival 18 is sponsored by the Morson Group and will take place at Ellesmere Sports Club in Worsley on Sunday 6 May 2018 from 12 noon until late. There will be family fun all day, music acts across two stages, jazz lounge, fairground and soft play zone, with live music continuing throughout the evening.

18-year-old Jennifer Rice from Worsley is also set to perform ‘Carry me home’ a song written by Steve in memory of Georgia.

Tesco hit with £8m fine after poisoning the River Irwell