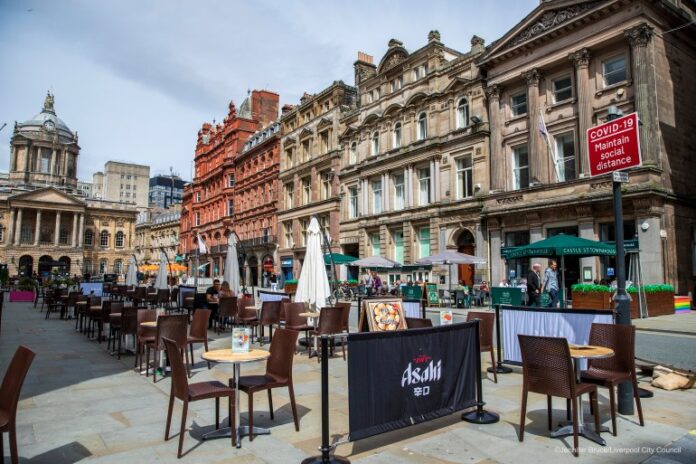 The leaders of Liverpool, Leeds and Manchester Councils have written to the Government warning that the hospitality sector is at risk of collapse unless there is a review of the current licensing restrictions and household mixing advice brought in due to COVID-19.

In a letter to Health Secretary Matt Hancock and Business Secretary Alok Sharma, the leaders and Chief Executives of each of the major cities say that hotel occupancy is down to around 30 per cent and footfall has dropped by up to 70 per cent.

They write: “It is apparent though that the new restrictions are threatening an economic impact on the hospitality sector which will be huge, disproportionate and not what we believe the Government intended when designing the measures.

“Each of our cities have a thriving hospitality sector populated by good, responsible businesses, generating thousands of jobs with many providing quality training, apprenticeships and career paths into the industry. They are a vital part of our economies going forward.

“The stark reality is that these businesses are facing the prospect of a complete decimation in trade, not just in the short term but as we look ahead to the sector’s traditional lifeblood of the Christmas period and almost certainly continuing into spring/summer of next year which we know with certainty will result in mass market failure, huge levels of redundancies and depleted and boarded up high streets.”

They also raise concerns that the advisory guidance around not mixing with other households which is currently in place in each of the cities is “unenforceable”, “contradictory and confusing” and “hugely damaging to businesses together with the effect of undermining public confidence” because in law the rule of six applies.

They go on: “By not permitting the mixing of households in the sanitised and socially distanced conditions of licensed premises or coffee shops complying with the rule of six, it is genuinely creating a position which is the worst of both worlds in that the minority of people who flout the advisory guidance will continue to do so and the majority of responsible individuals will simply stay at home, with the unintended consequence of cities falling into a state of decline.”

Where appropriate, review the 10pm curfew to help restaurants which thrive on the 8-9pm second sitting booking slot which can account for upwards of 40 per cent of their trade and to engage with local authorities and businesses and discuss considerations in advance and work with councils to get the messaging right, highlighting and celebrating good practice and increase public confidence to visit city centres and venues when the time is right