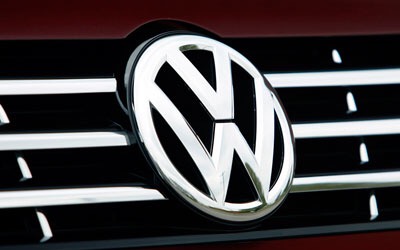 A team at The University of Manchester is testing a diesel Volkswagen engine to try to get an accurate picture of how polluting it is.
Even before the recent scandal erupted over software that fakes tests, results research from Manchester was starting to show the true picture of just how dirty diesel engines can be.
The team have attached the engine to a specially made atmospheric chamber, which can accurately monitor exactly what emissions are coming from it and, crucially, how these particles react with sunlight to create unhealthy dirty air, known as secondary pollution.
They have presented their preliminary findings at conferences in Milan earlier this month, and in the USA last year.
The researchers found that levels of Nitrogen Oxides and particulates emitted at elevated levels under conditions not represented in the current testing protocols and the emissions react strongly with sunlight to create ozone and particulate matter, which are known to be hazardous pollutants

The team also found that the engine was much more polluting when it is first turned on and then when accelerating, two elements that are not used when engines are being tested for emissions. It all adds up to further evidence that a new testing regime reflecting real-world driving conditions is required.

Research fellow Dr. Rami Alfarra, a member of the National Centre for Atmospheric Science, is managing the work, which has been funded by the Natural Environment Research Council (NERC) and is a collaboration with Birmingham and York Universities.
Rami said: “It has been known for a while that diesel engines were emitting more dangerous fumes than the tests were picking up.
“And it has not been adequately considered what happens to the pollutants once they get into the atmosphere. That is the key to our work. We want to know how these components of pollution are reacting in the real world and just how much additional pollution they are causing in our towns and cities. We have found that pollutants such as ozone and particulate matter are being produced as a result of further reaction of the emissions in the atmosphere and these would be at street level so would be breathed in by everyone.

“We are the only researchers in the UK looking at this aspect of the engines and hopefully our work will inform and help make engines cleaner in the future.

“Before catalytic converters have a chance to warm up they are not very effective. This means that when engines are first turned on diesel cars are much more polluting.

“In general the community has become aware that the levels of pollution measured are much worse than is being suggested by current tests. There has been a mismatch. What we need is real world testing of these engines.”

Dr. James Allan, another scientist working on the project, added: “This experiment is allowing us to look at the composition and properties of exhaust particles and gases on a level of detail not previously possible and it really is striking to see the differences once the engine is taken outside of its comfort zone. If we are to understand the real impact of these engines on air quality, we must perform experiments like this, rather than rely on standard test cycle data that give an incomplete and misleading picture.”

“These independent experiments allow us to investigate a range of conditions so we can say something about the consequences of traffic pollution”, said Professor Gordon McFiggans, lead investigator of the current collaboration. “It is important to consider both realistic engine conditions as well as changes in ambient atmosphere. Working with our collaborators, we have the expertise to tackle these largely neglected but important problems,” he said.