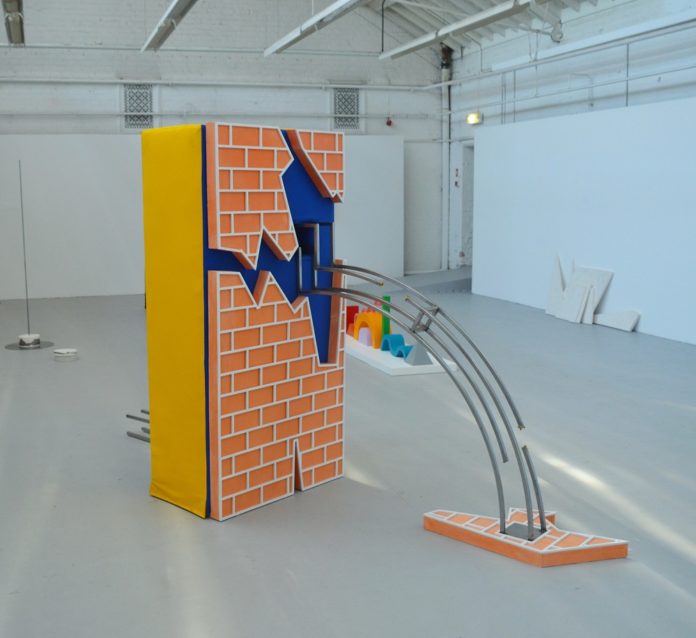 Manchester School of Art has teamed up with Selfridges for a unique show in their Manchester Exchange Square store.

A group of three talented School of Art alumni have been selected to display art, sculpture and installations in Selfridges until March 31, 2019.

The partnership forms part of Selfridges’ latest creative campaign, State of the Arts, which is exploring the power of art in unexpected places through in-store exhibitions, a podcast series, special events and more. The campaign launched on January 7 and more details can be found at Selfridges.com/StateofTheArts.

Work will be shown by Omid Asadi, a former engineer and champion boxer from Iran who graduated with an MA in Fine Art in 2017. He has since exhibited in Manchester, London and Milan, and was awarded the Leonard Little Prize and the Air Open Award in 2017.

He uses different disciplines to investigate complex issues concerning identity, and his works deal with the tangled emotions of self-alienation, loss and frustration as a result of immigration, conflict and childhood memories. His recent works are inspired by Michel Foucault and study the different aspects of control and human identity through different disciplines.

Liam Fallon, BA Fine Art graduate in 2017, has exhibited his large-scale sculpture in South Korea, coming second in the Woon Foundation Art Prize and has been shortlisted for the Mark Tanner Sculpture Prize. He opens his first solo exhibition at The Turnpike in 2019.

Fallon’s work takes materials and processes often associated with labour, factories and concepts of the north – steel, jesmonite, MDF, welding, casting and sewing – and through colour, form and writings by Jean Genet and Henri Lefebvre, he explores queer culture.

Rebecca Halliwell-Sutton graduated in Fine Art in 2016, was a member of School of The Damned in 2018, curator of the Beacons programme at Caustic Coastal in Salford and the 2016-17 recipient of the Woon Foundation Fellowship.

Tips for Starting a Decorating Business