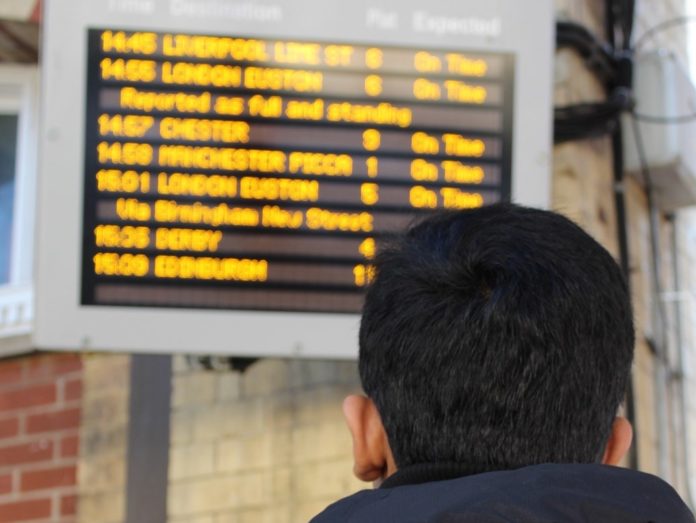 Manchester Piccadilly is joining major railway stations across four of Britain’s biggest cities to host a sleepout in aid of vulnerable children who run away from home.

Network Rail and the wider rail industry is teaming up with the Railway Children charity to raise money and awareness for the work being done to help the thousands of children who run away from home every year.

To raise the profile of the Railway Children’s work, directors from Network Rail, train companies, rail industry partners and politicians, will sleep out on January 31 at Manchester Piccadilly, Liverpool Lime Street, Birmingham New Street and London Bridge stations, with the aim of raising £25,000.

At Manchester Piccadilly, up to 50 people will sleep on the concourse, including managing director of Network Rail’s London North Western route, Martin Frobisher. The event is being sponsored by Virgin Trains.

The railway is one of the easiest ways to travel for runaway children, and this year the British Transport Police estimates it will deal with 10,000 child safeguarding incidents on Britain’s railways, a 20% increase from 2017/18.

The BTP dealt with 456 child safeguarding incidents in Greater Manchester last year and 122 incidents in Cheshire. The combined total across the whole of the North West was 838 incidents.

Approximately a third of those children will have run away from home or care, escaping issues such as violence, abuse or neglect.

Pete Kent, programme director for the Railway Children charity, said: “The rail network is often the easiest way to travel for troubled young people looking to run away from their problems. As the BTP are on the transport front line, day in, day out identifying these vulnerable children, working so closely with them gives us the chance to intervene before it is too late and keep these young people from any further harm.

“We have only been able to carry out this work thanks to the amazing support we have continued to have from across the industry, and we’re hoping this event will see the rail community coming together once again to support us and to support these children. Everyone and anyone can take part – and we’re hoping as many as possible will get behind our first ever Railway Children Sleepout.”

In the last six months Railway Children’s Manchester project has received 295 referrals from the BTP for children across the North West.