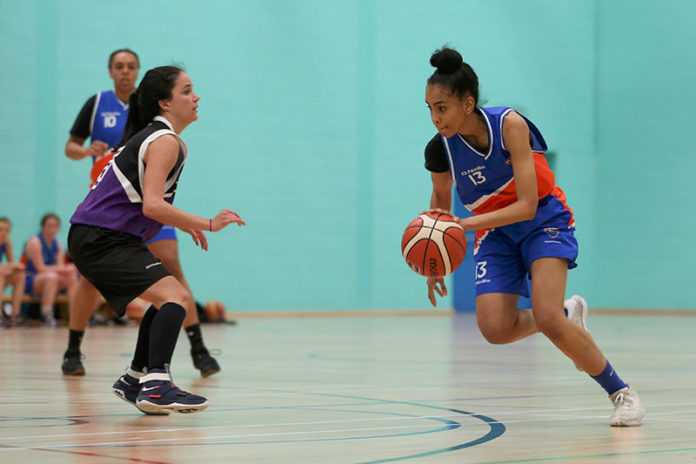 Manchester Metropolitan University has been appointed one of Basketball England’s Talent Hubs to help the North West of England to get the most from basketball.

The initiative, announced today (September 25) aims to reform the sport’s Talent Pathway so it is more inclusive and player-led.

Manchester Metropolitan will host the hub for the North West, providing support to clubs and local league providers, as well as hosting workshops on coaching, officiating and sports science.

The University will also host Basketball England’s Aspire Programme, which is aimed at basketball players between the ages of 11 to 15 who have been part of the Basketball England Talent pathway and provide them with quality coaching.

Callum Jones, High Performance Sport Officer for MMU Sport, said: “Manchester Metropolitan University’s offer for basketball has progressed massively in recent years and we are very proud to be partnering with Basketball England in delivering the Regional Hub programme.

“Internally we have four men’s teams alongside our women’s team with both genders competing in the British Universities and Colleges Sport Premier divisions for the sport, whilst on the participation side our Campus League and Active Campus session continue to grow in popularity.

“In partnership with Manchester City Council, GLL and Manchester Magic basketball club, the University has also taken on the operational control of the only Women’s British Basketball League team in the region, the Manchester Mystics.

“Working with local professional clubs, the University has extended its student coaching provision to school outreach programmes and community sessions, as well as continuing its support for Manchester Magic basketball academy.

“The Hub for basketball will include opportunities for students from courses such as: Physiotherapy, Nutrition, Event Management, Sport Journalism, Sport Science, amongst many others, and having them gain these invaluable practical skills and experience in a performance sport environment will have significant impact.”

“This is a fundamental building block for our Talent system to support young people as well as clubs and coaches to achieve their dreams through basketball with the creation of Regional Talent Hubs.

“Basketball relies so much on our voluntary clubs and the education sector and today’s announcement is an opportunity for all involved in the game. Attracting support, expertise and resources from our university network and clubs which can nurture talent locally and regionally is something to celebrate.”