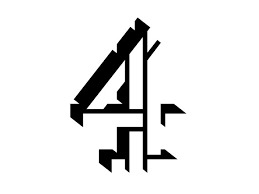 Greater Manchester has been included on the shortlist of seven regions for the new Channel Four Headquarters.

The first round pitch process was launched by Chief Executive, Alex Mahon in April where cities and regions were asked to provide written submissions by May 11th, outlining the strengths of the city or region and how it could meet Channel 4’s vision for the National HQ or Creative Hub.

Over 30 submissions were received in this first round from across the UK. These were reviewed and assessed by Channel 4 and a shortlist for the National HQ and Creative Hubs has been agreed by Alex Mahon, Chief Commercial Officer Jonathan Allan, and the Executive team.

Each of the shortlisted cities will participate in a second stage process – which will include Channel 4 visiting each city for a presentation and Q&A. Following this, Channel 4 will engage in further discussions with cities and regions as necessary, before selecting the final locations in October 2018.

Channel 4’s Chief Commercial Officer, Jonathan Allan, who is leading the pitch process said: “We’ve been incredibly impressed both by the number of pitches we received and by the high quality of the submissions – which has underlined the huge amount of creativity, innovation and talent right across the UK.

“However we have to move to a shortlist phase and, after careful consideration by the Channel 4 Executive team, we’ve selected 13 cities that are best able to meet our vision for our new hubs in the Nations and Regions. We look forward to visiting all those on the shortlist as part of our second phase, but we will also be continuing to work with all cities and regions as part of our strategy to increase investment and support creative businesses, jobs and growth across the UK.”

“Greater Manchester has the best devolution deal of any city-region and the unique strength of our creative, digital and media sectors sets us apart.  As a former Culture Secretary I know what Channel 4 are looking for and we will make sure we build on our strengths as we finalise a formidable bid.

“We are a city of innovation and our creative businesses and employment are truly thriving which makes the Greater Manchester city-region the perfect home for Channel 4’s National HQ.”

Channel 4 announced its 4 All the UK plan in March 2018, a strategy to ensure that Channel 4 serves the whole of the UK and the biggest change to the structure of the organisation in its 35-year history.

At the heart of the strategy is a major new commitment from Channel 4 to significantly increase its Nations & Regions content spend from its current quota of 35% to a new voluntary target of 50% by 2023.

This will result in a cumulative boost of over £250m in Channel 4’s Nations & Regions commissioning spend – which will benefit all parts of the UK. It reflects both external analysis and feedback from the industry that increasing spend would have the greatest impact on regional economies and jobs.

To support and catalyse this spend across the UK, Channel 4 will move to a multi-site operating model, establishing a new National HQ and two new smaller creative hubs in the Nations & Regions in 2019 – home to jobs from across the business including key creative decision makers.

When this strategy is fully implemented, 300 Channel 4 jobs will be based in the Nations and Regions and the intention is to grow this further over time.