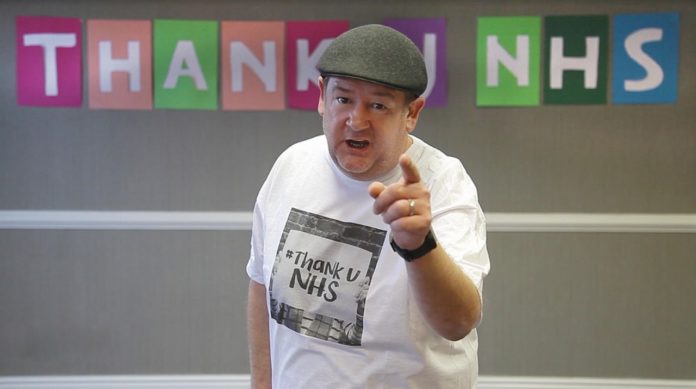 Manchester-based film and creative content company, The Gate, is proudly helping the NHS in its quest to urge people to stay at home during the COVID-19 crisis.

The Gate has re-purposed its #thankUNHS video campaign which featured the likes of Johnny Vegas and Shaun Ryder, to now carry the key ‘Stay at Home Saves Lives’ message.

The original 2015 film created by The Gate, which thanked the NHS for its commitment at Christmas time, has been edited to urge Brits to #StayAtHomeSaveLives at the same time as saying thank you to the NHS and those working to fight the battle against COVID-19.

A mass sharing of the new videos will be happening on social media channels tonight (Thursday 26 March 2020), after 815PM following the ‘Clap for our Carers’ applause, which will see the British public showing their appreciation for the NHS as they clap from balconies and front doors alongside their neighbours.

The Gate’s CEO, Simon Lewis, who was also behind the video campaign to get the NHS choir to number 1 in 2015, said: “Now, more than ever before, we need to let all of those in and around the NHS how much we appreciate them and help reinforce the #StayAtHomeSaveLives message.”

Patients in Covid-19 drug trial had 79 per cent less chance of getting severe...