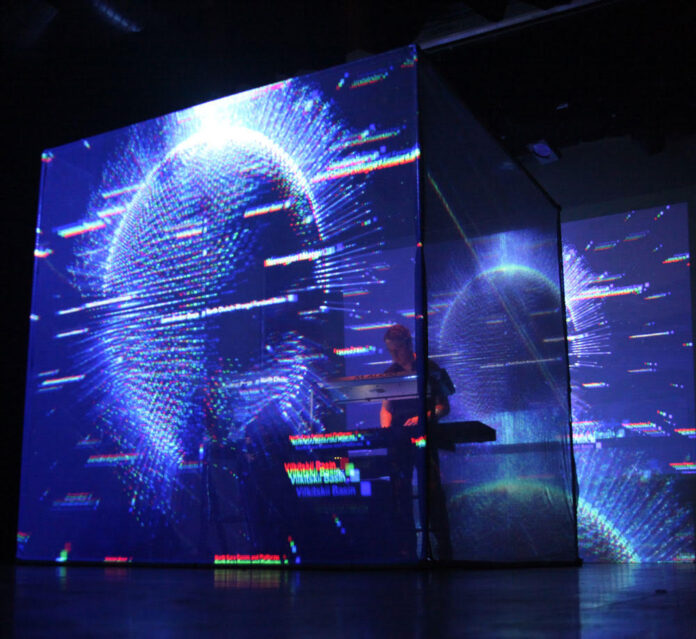 Currently generating airplay and positive reviews around the world, Sentinel is a collection of eight original songs that mix analogue synths and sequences with melodic hooks and drum machine rhythms. The album, mixed by award-winning sound designer Hervé Girardin, tells a story of humanity at a tipping point and a world trapped in a climate crisis.

Recorded during the COVID lockdowns, Sentinel is developed from an acclaimed multimedia live show originally commissioned by Manchester Science Festival, with additional support from Arts Council England and Creative England. The live show has been performed at festivals across the country, including Light Night Leeds and Art Futura, London.

With a music CV that includes releases on legendary punk label Crass Records and a stint playing keyboards with James, this is Evans’ first solo release. He states: ‘Sentinel is an electro-pop concept album. It’s important that art has something to say about the world we live in and there is no bigger issue than climate change. The album is my take on the different facets of the subject – from the impact of micro-plastics to the paranoia of COVID; from the origins of life to global climate protests, all in a pop package.’

A limited edition version on white 180gsm vinyl is available exclusively through French distributors Diggers Factory, with only 300 copies available.