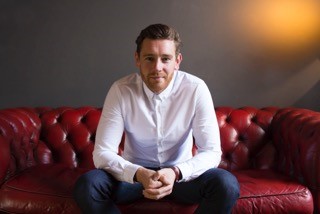 Manchester’s Standby Productions, was commissioned to produce an emotional video campaign to defend a terrible miscarriage of justice.

The filmmaker worked with Whittaker & Co, Human Rights at Sea, Global Maritime Recruitment Solutions (GMRS) and Jordan Wylie to produce a hard-hitting film supporting the plight of six ex-Forces personnel wrongly imprisoned in India. These men have become known as the Chennai 6.

The emotive film focuses on the horrendous impact this ongoing judicial catastrophe is having on the men themselves and on their families back in the UK. Despite the obvious calamity of this unthinkable situation, the families have been struggling to get the attention the subject deserves in the media; the video campaign is a joint effort to change this.

Simon Owen, Managing Director at Standby Productions, comments; “When we were approached to be involved in the Chennai 6 project, my first instinct was that video was a real opportunity to help six families raise the profile of the brutal struggle faced by their loved ones. My second thought was that, with such a sensitive and important subject matter, we had an immense responsibility to get this right.

To do justice to the pain faced by those involved on a daily basis, we needed to keep true to the rawness and helplessness the families feel. Our approach was to let the stories of the victims to speak for themselves, giving space for them to appeal almost one-to-one with the audience, a unique benefit of film in this type of scenario. Hopefully our work achieved the goal and will now help drive home the severity of the injustice taking place.”

Jordan Wylie, Ambassador for the Chennai 6 Campaign adds; ‘‘Video content is one of the best ways to spread an important message very quickly, especially given how important and influential social media is in the digital era. We wanted a video that told the story of 6 innocent men and their 29 colleagues, it was important that we highlighted how this miscarriage of justice has affected their families including partners and children. The Standby Productions team have done an incredible job of producing a powerful and highly emotive short film and it has helped the #Chennai6 campaign continue the momentum in fight for justice.’’

The project, which was filmed in Manchester, directly features three of the families and has support from various high profile MPs and already made it into National news channels, including the BBC and ITV. It was also shown at London International Shipping Week, a 5-day event featuring over 160 functions for leaders across all sectors of the international shipping industry.