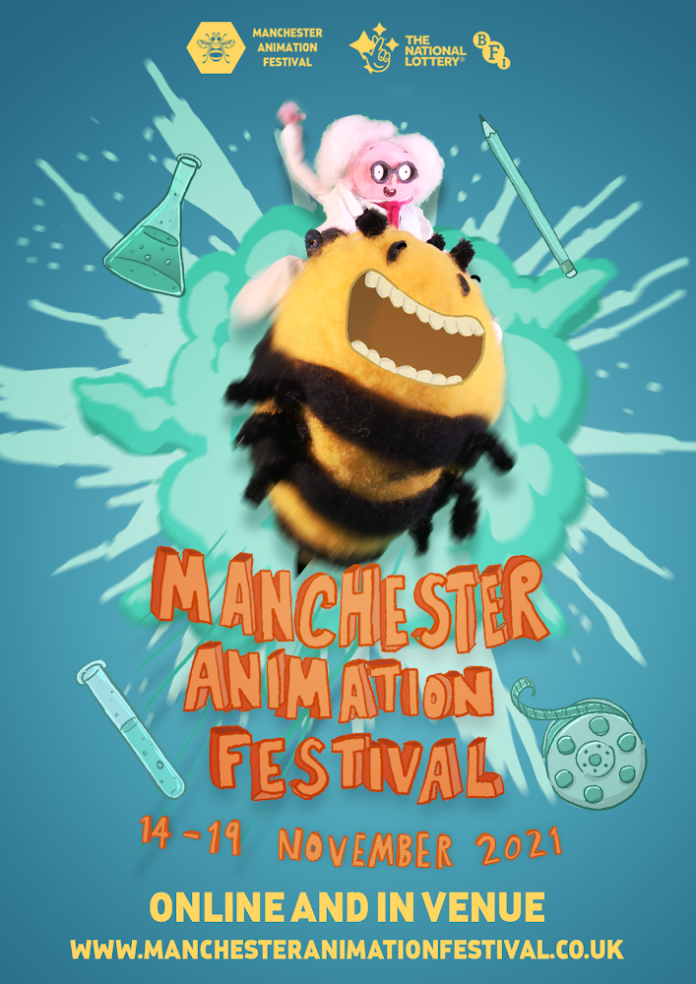 Manchester Animation Festival (MAF), the UK’s largest animation festival, has today revealed that MAF plans to return in its 7th year as a hybrid edition for 2021.

The dynamic festival has been confirmed to take place online from the 1st-30th November 2021 with live events and screenings taking place 14-19 November. Further information can be found at www.manchesteranimationfestival.co.uk with full programme information and on-sale dates due to be announced in September.

MAF will once again offer audiences an opportunity to access the world’s greatest animated content from the comfort of their homes whilst showcasing some unmissable in-person film screenings in the programme. The news comes alongside a first look at the 2021 poster artwork, which has been designed by award-winning animator Matthew Lee.

The 2021 hybrid will be guided by the latest government guidance and MAF’s partner venues. Festival organisers have confirmed that the festival will be bigger than last year with some brand new features yet to be announced.

Festival Director Steve Henderson said: “Though the world isn’t quite back to normal yet, by building on the successes of our 2020 online Festival we hope to be able to provide a bigger and better experience that will suit everyone! We have expanded our team and are making relevant new hires to increase the scale of the festival and support year-round activity.”

This year’s Festival ident has been designed by Matthew Lee, the Director behind Cabin Pressure (winner of the 2017 Student Award at MAF) and his NFTS graduation film One Liner which screened at MAF 2019.

The quirky humour of Matthew Lee’s work is something the Festival team have been fans of since they first laid eyes on Cabin Pressure.

Executive Producer Jen Hall said “We’re big fans of Matthew’s work here at MAF so when picking an artist with a connection to the Festival to design our indent he felt like the perfect fit. The team have been eagerly awaiting his next film so we thought we might as well commission it to be a part of the 2021 Festival!”

Manchester Animation Festival will run online from the 1st-30th November with live events and screenings taking place 14th-19th November. Further information can be found at www.manchesteranimationfestival.co.uk