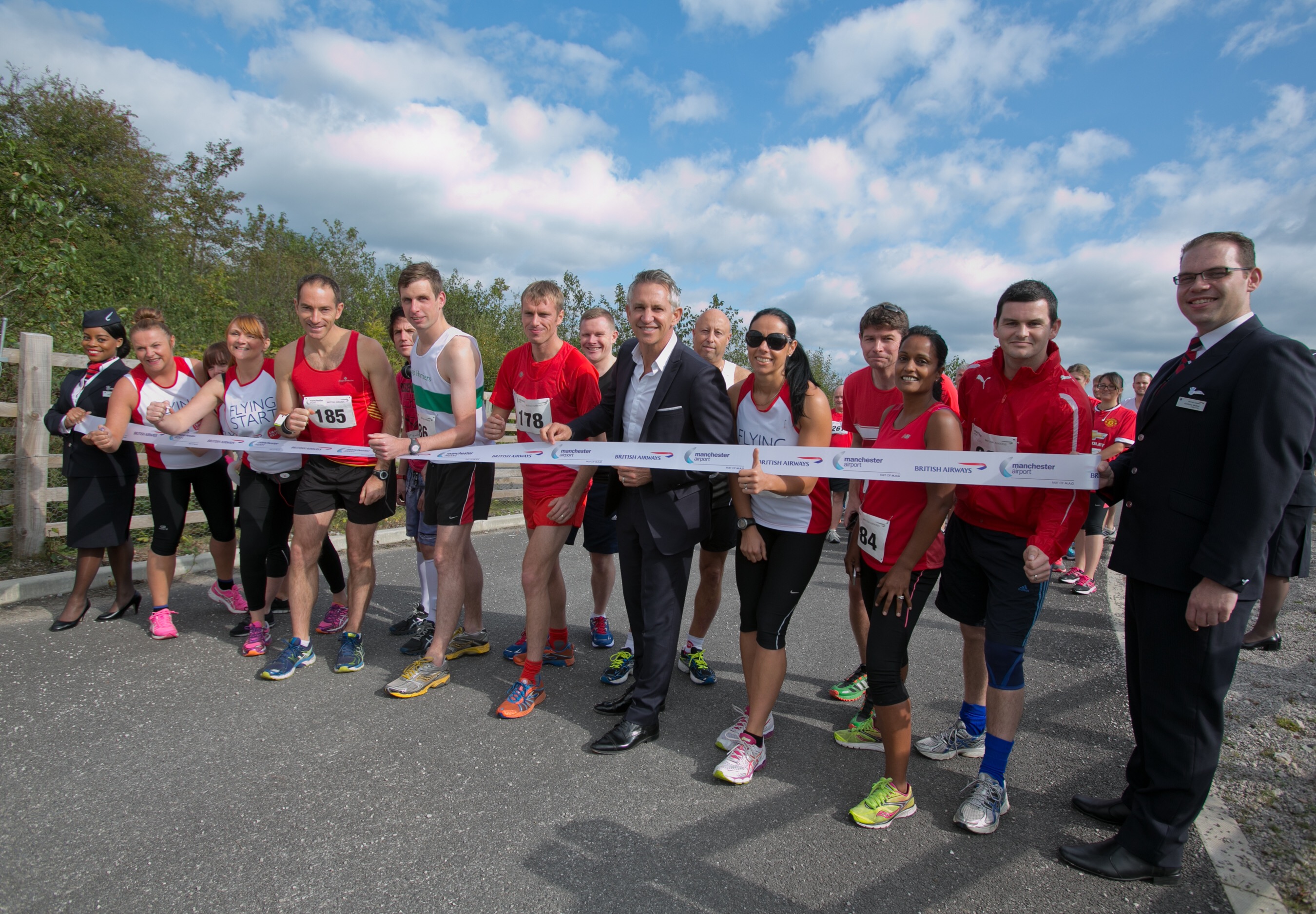 Manchester Airport and British Airways are teaming up again to give people the chance to run a 6km race around its busy runways and raise cash for charity, with the Run Around The Runway event.
From the more advanced runners, to joggers, walkers and family fun-runners, on Sunday 13th March 2016 they will all have the opportunity to spot passing planes up close, as they follow the 6km route around the perimeter of the UK’s third largest airport.

In 2014 celebrity Gary Lineker joined around 200 participants who took part in the inaugural Run Around the Runway – and after its success, the event is returning and will be opened up to more participants to raise more money for good causes.

Participants will be required to raise a minimum of £30 in order to take part, which is in lieu of an entry fee. They will again be joined at the start line by a number of famous faces, who will be revealed at a later date.
Wendy Sinfield, community relations manager at Manchester Airport, said: “Whether you are a serious fitness fan, an aviation enthusiast or simply someone looking for something different to do with the family for the day in early spring, then we encourage you to get involved and sign-up.

“This will be our first major fund-raising event for Manchester Airport’s new charity partner, CLIC Sargent, and will be a unique opportunity for people to be active and do some plane-spotting whilst raising money in the process for two fantastic causes.”