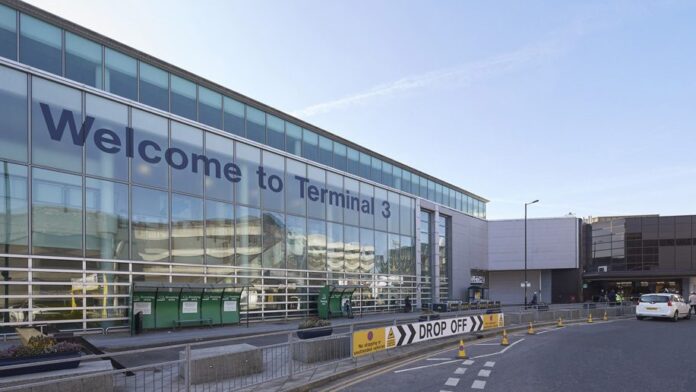 The Managing Director of Manchester Airport has today joined forces with bosses from five other Northern hubs to call on Government to back their struggling sector in its Budget next week, while developing a manageable, realistic and cost-effective system that would enable travel to restart in May.

Leaders of gateways in all parts of the North have written to Boris Johnson urging him to recognise the importance of aviation and travel to his levelling-up and global Britain ambitions, by providing the direct financial support needed to protect the industry until it is able to fully re-open.

Collectively, the airports handled nearly 50m passengers in 2019, supported more than 200,000 jobs and generated around £14bn for the economy of the North. With passenger levels having plummeted to just 5% of usual volumes and with tens of thousands of travel sector jobs already lost across the North, they say Government needs to set out how it will offer support to the sector while travel remains prohibited.

Although welcoming the review of international travel measures in the Prime Minister’s recovery plan this week, the bosses are warning it means it will be at least several months before airports start seeing any meaningful passenger demand, with international travel the only sector subject to further review as part of the plan.

Until the Government’s Global Travel Taskforce publishes its review on 12th April, there remains uncertainty over whether the 17th May restart date is possible, or the conditions under which flying can resume in earnest.

In an unprecedent move, they have written to the Prime Minister collectively saying it is more important than ever that the Government provides dedicated additional support measures that recognise the unique way airport businesses have been impacted by the pandemic and their critical role in recovery.

Options the Government could consider include relief from fixed costs paid to Government. Whilst significant support has been given to other ‘closed’ sectors of the economy, airports which have now had their trade further restricted are yet to receive support in light of new measures.

Measures to boost the sector by reducing the cost of travel and spurring on Northern aviation. This could include reducing taxes levied on passengers to help stimulate demand as restrictions are eased.

“It is nearly one year since a dark cloud appeared over the aviation sector, as Covid-19 ground international travel to a halt. It is clear for all to see the havoc the pandemic has wreaked on our sector, with tens of thousands of jobs lost already.

“While this week’s recovery plan from the Prime Minister includes a welcome target for the reopening of our industry, there is still much uncertainty over what this will mean in practice and it could still be many months before our airports begin welcoming passengers back through their doors.

“With airports across the North still facing uncertainty and difficult decisions over the coming months, it is absolutely critical that the Chancellor recognises the unique impact the pandemic continues to have on aviation when setting out his budget next week.

“Having already lost one summer season, we are now heading towards summer ’21 facing yet another review into how our industry might restart, and the prospect of a system that could continue to restrict travel. The recent surge in bookings reported by airlines proves the demand is there, but the Government needs to help realise that potential without delay, by working with industry to build on the measures already developed to keep passengers safe, without further undermining consumer confidence.

“Failure to get this right risks further long-lasting damage to the communities our airports serve and the prospects of a full and balanced UK recovery. This means supporting Northern airports and the vital connectivity they provide. If they don’t, ministers run the risk of damaging the prospects of the Northern economy for years to come.”

Despite forming a vital part of the UK’s national infrastructure, airports do not typically receive any funding from Government, relying instead on commercial income to support their operations. Current travel restrictions mean airports effectively have no income, and are unable to diversify in the way other businesses are. At the same time, airports have extremely high fixed costs, including business rates, policing and air traffic control, which means they are making tens of millions of pounds in losses each month.

The future of jobs lies in the creative sector