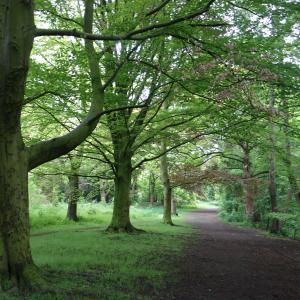 A man convicted of raping a woman 16 years ago in Sale has been jailed this morning for a total of five years and placed on the sex offenders register for life.

Adam Merchant aged 35 of Mill Bank, Barrow-in-Furness, was jailed today at Manchester Crown Court after being found guilty at a trial in September to one count of rape.

The court heard how Merchant, who is from Cumbria, had been in Manchester visiting family during the summer holidays in 2005 when he committed the offence.

Merchant – who was 19-years-old at the time – raped the victim in Priory Gardens in Sale, in the summer of 2005.

Police were not aware of Merchant’s offences until the victim reported it in February 2020 and an investigation was commenced by GMP’s Trafford division.

Merchant was tracked down by police and, upon interview, he denied knowing the victim and denied any wrongdoing.

But after a three-day trial at Manchester Crown Court (sitting at The Hilton Hotel) in September, a jury found him guilty of rape.

The victim – who was 15 at the time of the incident – has been supported throughout the operation by specialist officers and partner agencies.

Detective Constable Jane Naylor, of GMP’s Major Incident Team, said: “I would like to thank the victim for her cooperation. It takes a great amount of courage to come forward, especially after so many years have passed since the abuse.

“Merchant is now a convicted rapist who is going to serve a long custodial sentence. While justice has been served, it still does not take away the impact that the sexual abuse has had and continues to have on the victim.

“However, this sentencing goes to show that no matter the amount of time gone by, it will not reduce the severity of an offender’s actions.

“I urge anyone who is a survivor of non-recent sexual abuse to get in contact with the police so that we can make sure those reports are investigated with a view to bringing the offenders to justice.”