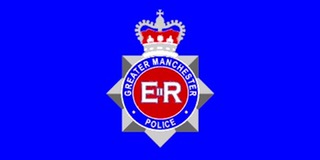 A man is in hospital with a fractured skull after being attacked by armed robbers in Ordsall at the weekend.
Two men wearing face masks entered the newsagent on St Bartholomew’s Drive and threatened staff with the knives just before 7am on Sunday morning.

One of the men pinned a staff member, a man in his 20s, up against the wall but the man tried to fight back and the offender attacked him with the knife.

The offenders fled empty handed and police believe they made off on foot in the direction of Chancel Avenue.

The victim was taken to hospital where he is in a stable condition being treated for a fractured skull.

The first man is described as about 5ft 9in tall, of large build and he was wearing a black mask, a grey tracksuit, gloves, and was carrying a large knife.

The second man is described as about 5ft 9in tall, of slim build, and was wearing a dark tracksuit and was carrying a small knife.

Police are appealing for witnesses to the incident and urge anyone with information to come forward.

Detective Sergeant Wendy Grace of GMP’s Salford Borough said: “A man, who was simply doing his job, has been left in hospital with a serious head injury.

“There is no place for such violence in our community and I would urge you to come forward if you have any information about who is responsible.”