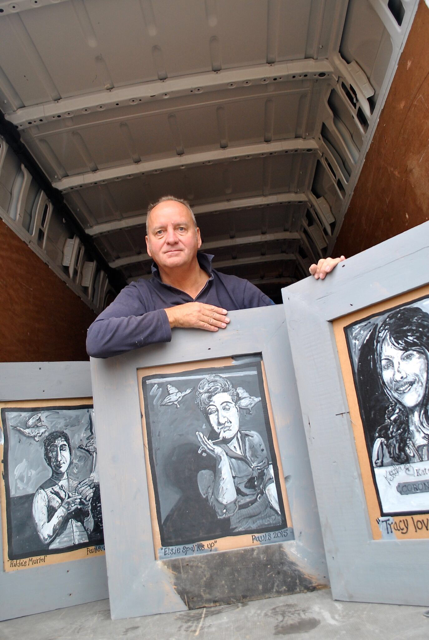 Celebrated Oldham sculptor and artist Paul Stafford’s last project, Sex in the City, was a display of body casts of couples engaged in sexual acts.

This December the old set of Coronation St will be finally dismantled 55 years after the show first went on air. To mark the occasion on Tuesday 8TH December Paul will use his mobile gallery – a large white van parked on Quay Street – to display his tribute to those cobblestone celebrities.

Everyone from Ena Sharples , Elsie Tanner, Tracy Barlow, Bet Lynch and of course, Hilda Ogden, will be there. Paul has completed over 30 paintings depicting the stars and the scenes from his favourite soap.

The van will be a mobile exhibition space open to the public and parked on a meter outside the old Coronation Street Set. The exhibition will be open to all from the 8th December to Monday 14th December from 8am till 8pm somewhere on Quay Street.