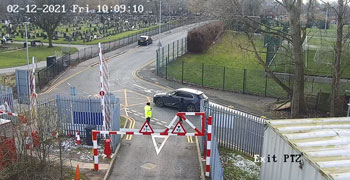 A MAN who flytipped plasterboard outside the entrance to the tip after it was rejected has been fined £1673.00 including costs.

Tameside Magistrates heard that Miles Watson of Highfield St, Audenshaw, had visited Ash Road Household Waste Recycling Centre (HWRC) in Droylsden on 12 February last year. However, when staff told him they could not accept plasterboard as it had to be disposed of at a different location – the nearest being at Bayley Street in Stalybridge – he proceeded to drive outside the premises and dump the waste on the verge on Ash Road while shouting abuse.

Staff at the HWRC, which is managed by SUEZ recycling and recovery UK on behalf of the Greater Manchester Combined Authority, reported the incident to Tameside Council and provided CCTV and bodycam footage of the incident.

Tameside Council Executive Member Cllr Allison Gwynne, who is responsible for waste enforcement, said: “There is no excuse for flytipping. Flytipping is illegal, unacceptable and disrespectful to the local community and environment. We have officers out every day investigating flytipping and will always take action against the offenders where we find sufficient evidence.

“It’s great to see this successful result – and the offender held accountable for his actions – in court and I would like to thank the household waste recycling centre staff who supported us in investigating and collating evidence for this prosecution.”

John Wrigley, Regional Director for SUEZ recycling and recovery UK said, “Flytipping and abuse of our staff is unacceptable. We are pleased to see the outcome of this case as a result of the vigilance of our staff to gather evidence and the commitment of Tameside Council staff for pursuing the prosecution, a positive outcome and a reminder to all potential fly tippers that this behaviour will not be tolerated.”

Appeal after fireworks let off under two cars in Salford