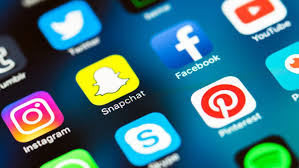 The bill has been backed by a cross party group of senior MP’s including Nicky Morgan, Anna Soubry, David Lammy and Jacob Rees-Mogg .

Writing in the Guardian she says:

“Social media has given extremists a new tool with which to recruit and radicalise. It is something we are frighteningly unequipped to deal with.

Worryingly, it is on Facebook, which most of us in Britain use, where people are being exposed to extremist material. Instead of small meetings in pubs or obscure websites in the darkest corners of the internet, our favourite social media site is increasingly where hate is cultivated.

Online echo chambers are normalising and allowing extremist views to go viral unchallenged. These views are spread as the cheap thrill of racking up Facebook likes drives behaviour and reinforces a binary worldview. Some people are being groomed unwittingly as unacceptable language is treated as the norm. Others have a more sinister motive.”
She adds:
“By establishing legal accountability for what’s published in large online forums, I believe we can force those who run these echo chambers to stamp out the evil that is currently so prominent. Social media can be a fantastic way of bringing people together – which is precisely why we need to prevent it being hijacked by those who instead wish to divide.”

Government reimposes Quarantine rules for holidaymakers arriving back from Spain

Swapping Manchester for the wilds of Wales