Digital health checks will be vital to a recovery in foreign travel from the COVID-19 pandemic, Heathrow airport said after a collapse in passenger numbers saw it plunge to a £2 billion loss last year.

The losses and passenger levels for 2020 are on levels not seen since the 1970’s as Passenger numbers collapsed to 22.1m, more than half of whom travelled in January and February.

“Government policies over recent months have effectively closed borders. We have had no government support, other than furlough, and have not been given relief from business rates, unlike other airports, retail and hospitality Businesses. The March Budget is the key opportunity for the Chancellor to support the sector by providing 100% business rates relief, extending the furlough scheme and reversing the tourist tax” said the airport

We can be hopeful for 2021, with Britain on the cusp of becoming the first country in the world to safely resume international travel and trade at scale. Getting aviation moving again will save thousands of jobs and reinvigorate the economy.” said John Holland-Kaye , Chief Executive Officer ,

“2020 has been one of our most challenging years – but despite £2bn of losses and shrinking to passenger levels we haven’t seen since the 70s, I am hugely proud of the way that our colleagues have kept our passengers safe and the UK’s hub airport open for vital supplies throughout. We can be hopeful for 2021, with Britain on the cusp of becoming the first country in the world to safely resume international travel and trade at scale. Getting aviation moving again will save thousands of jobs and reinvigorate the economy, and Heathrow will be working with the Global Travel Taskforce to develop a robust plan underpinned by science and backed by industry. The Prime Minister will then have the unique opportunity to secure global agreement on a common international standard for travel when he hosts the G7 in June. In the meantime, we need next week’s Budget to support aviation’s recovery by extending furlough and providing 100% business rates relief.”

“Heathrow Airport is right to call on the government for increased support as the current, strict international travel rules make it an extremely tough operating environment with virtually non-existent demand. It is extremely likely that 2021 is going to be as tough, if not tougher, than 2020. Heathrow must do everything in its power to get the support it requires as, if support is not given, the airport could be at a high risk of further job cuts and there will be a serious impact on the UK economy.

“With high operating costs, losses for the airport have been colossal. The lack of government support for the UK travel sector as a whole has been dismal, and furlough payments alone have only protected staff. Heathrow Airport has been one of the most impacted as a result of external factors outside of its control.

“England’s roadmap for the easing of lockdown has provided a glimmer of hope, however, airports’ operating costs are not simply disappearing, and airlines will not be operating normal schedules until at least 17 May 2021 – which is still a long way off.

“The roadmap for lockdown easing is only provisional, it could take much longer to come to fruition if certain criteria are not met, and passenger confidence may not rebound as quickly. Yes, the UK’s vaccine rollout is happening at a rapid pace, however, there could be an extremely limited number of countries accepting international arrivals from the UK when outbound UK leisure trips eventually restart. A limited number of destinations would result in continued suppressed demand and the airport may struggle to significantly increase its traffic levels in the short term.” 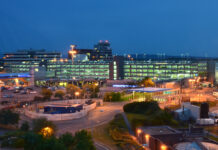 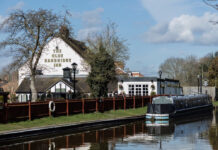 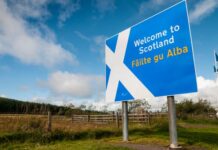 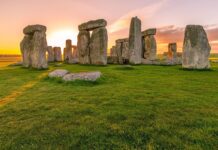 The Best Places To Visit In UK 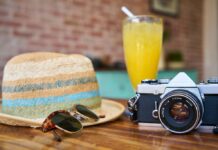 Virgin launches Manchester to Delhi route from this autumn