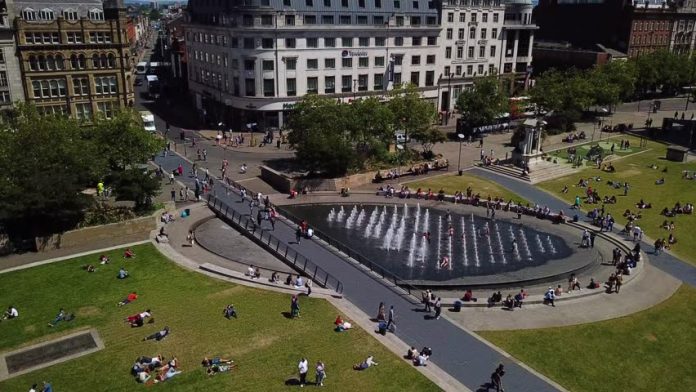 The conference begins at 2.00 pm

We are now going to questions:

BBC Radio Manchester have raised a question saying that all residents who fall ill are being given a 28 day Statement of Intent notice and told they won’t be taken to hospital, even if the symptoms they show aren’t related to Covid. case of woman with urine infection given a notice. Worries older people being left to die when there’s plenty of space in hospitals.

Cllr Western says that we should encourage the shift in transport in any way we can.

We will see a short term rise in car use says Andy burnham but I am optimistic that we can grow back greener.We won’t to press ahead with bus reform, electric charging points and the implementation of a new bike hire scheme

Cllr Andrew Weston is now speaking-One of the principle things that we are looking at is building back cleaner and greener.Our air quality has improved dramatically during the lockdown he says.

We are passed crisis in PPE says Sir Richard.He gives interesting numbers of the supply of PPE into the region-5 million items have arrived from outside the region, 19 million has come from within the region

Andy has begun by saying this is the most improved since the start of the crisis- 477 new cases, the numbers admitted to hospital is around 20 a day and there are around 700 people in hospital.Just under a third of care homes are still reporting cases