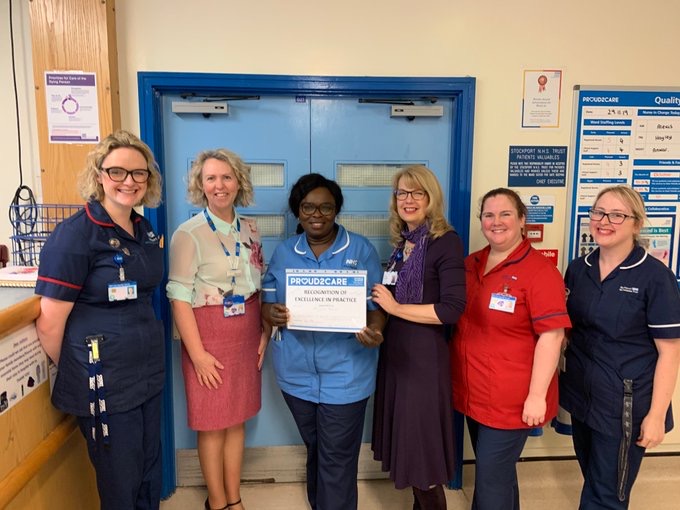 A staff nurse at Stepping Hill Hospital used her skills to give lifesaving support to a member of the public one morning before she had even arrived for work.

Margaret Akerele, 51, is a recent recruit to the hospital’s gastroenterology surgical team, a newly qualified nurse who started in September having previously worked as a care support worker.

She lives at Newton Heath and was taking the usual morning 192 bus from Manchester to Stockport when a fellow passenger collapsed and went into cardiac arrest.

Margaret swiftly put her training to use and gave CPR to the man whilst the driver stopped the bus and called an ambulance. An ambulance team arrived within ten minutes take him to where he received further treatment at Manchester Royal Infirmary. Her quick and decisive actions played a vital role.

Chief Nurse Alison Lynch said “Margaret is a much loved and valued member of our gastroenterology team, and it’s great to know she is as caring and committed off the ward as she is on it. It was great honour for Louise and myself to present her with a highly deserved award.”

Manchester by the sea