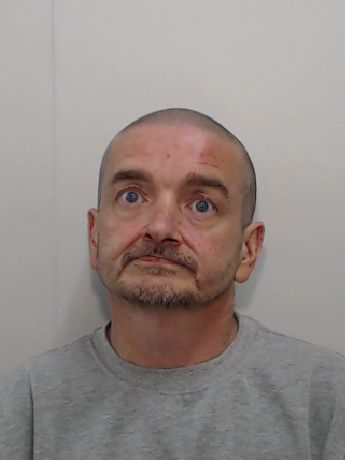 Mark Buckley aged of New Hall Lane, Preston has been sentenced at Manchester Crown Court to life imprisonment, with a minimum of 31 years after pleading guilty to the  murder of Ellen Higginbottom at an earlier hearing.

Eighteen year old Ellen’s body was found in Orrell Water Park in Wigan hours after she had gone missing having not returned home from college in June this year.

Detective Superintendent Howard Millington, of GMP’s Serious Crime division, said: “My thoughts will always be with Ellen’s family and friends, this was an absolutely devastating murder by a stranger of an innocent young girl with her whole life ahead of her.

“Buckley callously killed Ellen in broad daylight. He attacked her in the most brutal way as she was walking around Orrell Water Park before going to meet her friends who were taking their exams.

“I am glad Buckley will now be spending many years behind bars to contemplate the young life that he has stolen away, but I wish that we hadn’t even had to investigate this crime.

“I wish it hadn’t happened and Ellen was here celebrating her A-Level results with her friends and planning her future.

“I would like to pay tribute to Ellen’s family and boyfriend for the dignified way they have conducted themselves in what has been the most awful of times; we can never bring Ellen back but I hope they can gain some comfort in the fact that justice has been done.”

Ellen’s dad Mike Higginbottom has provided the below statement:

“There can never be anything even remotely approaching justice for what was done to Ellen, but what can be done has been done and both Kay and I want to say a heartfelt thank you to everyone who has been involved in bringing about today’s achievement.

“We were tremendously lucky to have shared eighteen years with her and everyone else who knew her will identify with that feeling. She made the world a better place with pretty much everything she said and everything she did.

“To have all that taken away from her in such a pointless and idiotic fashion fills us with an anger and resentment that does not represent who we want to be. But we wrestle it under control and learn to be better at being people. Because that’s what adults do.

“So if there’s anyone else out there thinking of doing anything even half this stupid, just take one piece of advice. Grow up.”