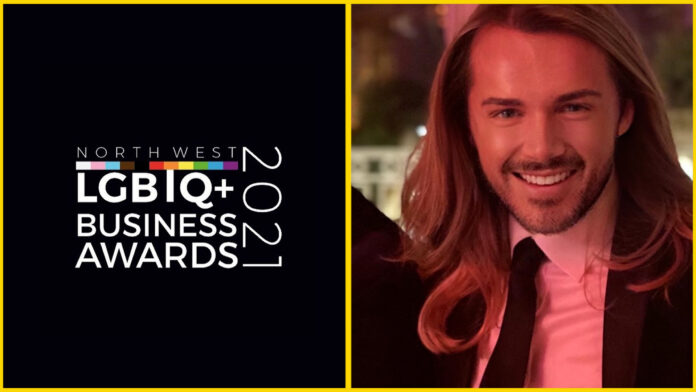 LGBTQ+ owned and allied businesses in the North West are being encouraged to enter the first ever North West LGBTQ+ Business Awards, which are open for nominations from Friday 26 March 2021.

The awards which are taking place this September will bring together businesspeople from across the North West of England including Wirral, Liverpool, Cheshire, Lancashire, Greater Manchester and beyond, with all sectors of the economy being represented.

The awards have been founded by Drew Cockton, founder of multi-award-winning luxury fragrance brand Owen Drew, based in Wirral. Drew explained that an awards ceremony for the LGBTQ+ community in business is much needed.

“The LGBTQ+ community contributes enormously to the GDP of the North West of England thanks to the creativity, ingenuity and resilience of its members. After an incredibly difficult twelve months in business for everyone, I decided to create these awards to celebrate the achievements of our LGBTQ+ brothers and sisters.

“Additionally, there are so many LGBTQ+ allied businesses in the North West which go above and beyond to support the community and make their services as accessible as possible for minorities. It’s time to acknowledge their efforts and give thanks”

The judging panel for the awards comprises some of the LGBTQ+ community’s most recognisable names – including former Lord Mayor of Manchester, Carl Austin-Behan OBE; Maggie O’Carrol of the Women’s Organisatio;n and human rights lawyer, Hetal Hathiwala.

The awards will also look to support charities including The Albert Kennedy Trust, which supports homeless young LGBTQ+ people, and the LCR Pride Foundation.

There are ten awards up for grabs with categories including ‘Best Young Person in Business’, ‘The LGBTQ+ Tourism and Hospitality Award’ and the ‘Community Impact Award’. Applications will open on Friday 26 March 2021.

Gareth Shenton-Harold of Shenton Group – who is director of sponsorships for the LGBTQ+ North West Business Awards and a fellow judge – noted that he has received extremely positive feedback from corporates wanting to support the awards.

“It is always encouraging when large multi-national businesses make a stand in support for the LGBTQ+ community; however, they often are unsure of how to go about it other than changing their social media icons or making a public statement,” explained Gareth.

“The LGBTQ+ North West Business Awards provides them with a mechanism to either sponsor an award or recognise those individuals and businesses that are owned or operated by LGBTQ+ individuals.”

The venue for the awards evening will be Heatherfield House in Claughton, Wirral and takes place Thursday 16 September 2021 from 7pm.

An inclusive fashion brand from Manchester has been selected as one o 100 trail-blazing...