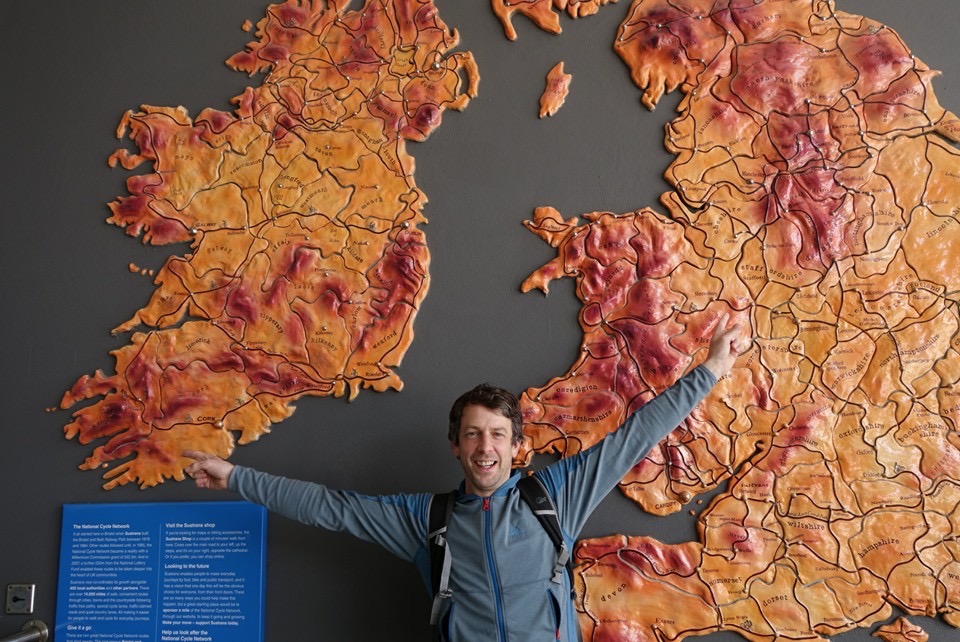 29 days after setting off from his front door in Levenshulme, Alan Creedon reached his destination of Dingle, Republic of Ireland, after completing a 350 mile walk and a 60 mile epic, 22 hour kayak across the Irish sea. He suffered severe blisters on the soles of his feet and kept going.
He kayaked for 22 hours after having been in a sea kayak only twice before. He walked with strained tendons and a stress fracture but still completed his journey a day ahead of schedule. The whole journey was in memory of his sister Aoife, who passed away in 2011 and had severe cerebral palsy and he raised over £20,000 for 2 worthy charities. His wife Beth, held the fort and looked after their 3 year old for the whole month he was away
Alan had been planning the 400 mile journey, in memory of his sister Aoife, since January, left his job and spent months training, fundraising and preparing for his trip. Alan’s sister Aoife had severe cerebral palsy, she could not walk or talk, she spent most of her life in care. She passed away in 2011 and shortly after that Alan felt the need to commemorate her life in a meaningful way. The walk was a tribute, a pilgrimage from Manchester, his adopted home of 20 years to Dingle, where he spent his formative years.

Alan decided that while he was at it he may as well fundraise too. He chose two charities; Camphill Dingle; a residential care home for people with conditions similar to that of his sister and Manchester Mind, a local charity helping people who face challenging mental health issues.

Alan walked from Levenshulme to Chorlton along the Fallowfield Loop and headed west on the Bridgewater canal. His journey took him through Cheshire and into North Wales where he picked up the North Wales coastal path. The journey was a tough one. Alan suffered with horrendous blisters on the soles of his feet which were a source of extreme pain and discomfort for the first 10 days of his journey. He kept going though, through North Wales. He crossed the Menai bridge and walked across Anglesey to Holyhead where he met adventurer Mike Alexander.

Mike had agreed to accompany Alan across the Irish sea in a double sea kayak; a risky journey that took them 22 hours to complete and pushed them to the limits of their physical and mental ability. They set off from Porth Dafarch on Holy Island at 10.30am and paddled through day and night reaching Dun Laoghaire port at 8.30 the next morning. It was an epic, 60 mile journey. The journey involved paddling for 1 hour and stopping for 5 minutes only after each hour of paddling. They were lucky that the conditions remained favourable for the journey and they arrived in one piece, exhausted and freezing cold as they got out on to the concrete pier at Dun Laoghaire. This was one stage of the journey which Alan was definitely glad to have completed safely. 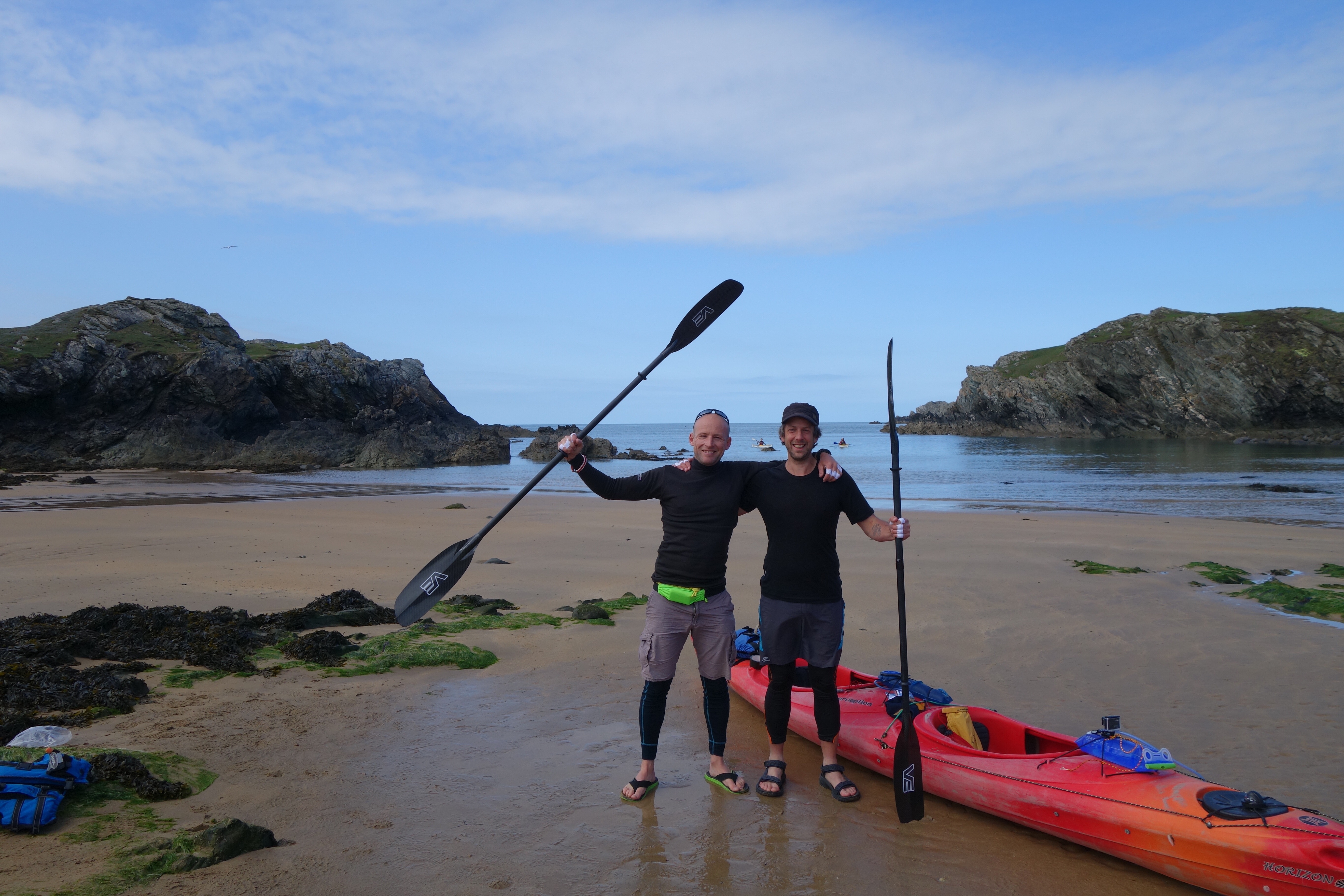 Up until that point Alan had only been in a sea kayak twice. He was recommended 12 months of training but managed with only two sessions and the supervision of Mike Alexander who is a five star kayak instructor at the Outward Bound Trust.

Mike then headed back to the UK on the ferry and Alan continued to complete the 400 mile trek in memory of his sister. He had lost a stone in body weight in the first 10 days of his trek. He headed west through Dublin and walked along the Grand canal towards the south. Through Kildare where he stayed with extended family members, some of whom he had never met. The generosity of people along the way was astounding and Alan was provided with food, a bed and breakfast (and sometimes even lunch) every day of his 29 day epic journey He stayed with friends in Offaly, and by the time he got to Cloughjordan in Tipperary his right foot was in considerable pain. After an xray he was diagnosed with a stress fracture and strained tendons and walked the remaining 150 miles home through Tipperary, Limerick and Kerry until he reached his childhood home of Dingle.