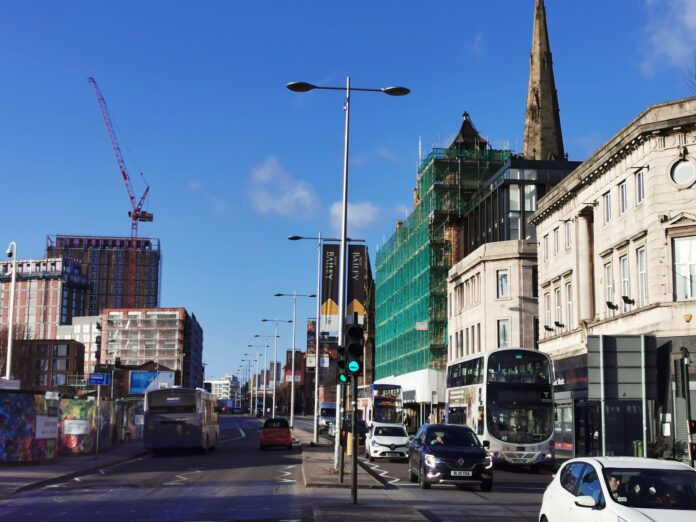 A new report from the Social Market Foundation  identifies the places at greatest risk of economic disruption over the next three years – and the areas that will find it hardest to recover.

Many are in the regions that the Government has promised to support, leading the think-tank to warn that the downturn will “level down” the economy in some places.

The think-tank’s analysis shows that the places facing the worst economic shock from the pandemic are mostly in London and the south-east of England.

But the study suggests that those places will bounce back relatively quickly. The places that face a severe economic shock and then a slow recovery are mostly away from London and include some of the “Red Wall” constituencies that changed hands at the general election.

The analysis is based on an assessment of which economic sectors face the greatest disruption in the years after the pandemic. Industries such as finance and construction (which together employ more than 7.7 million people) face the most severe impacts.

By contrast, the public administration, health and employment sector (which provides 9.5 million jobs) faces only a mild impact.

Manchester joins Kingston upon Hull, City of Bradford,Walsall,Peterborough,Lambeth,Thurrock,Brent,Redbridge and Waltham Forest and Sandwell among the places that face the biggest economic hit and the slowest revival.

“Policy makers need to recognise that national or even regional data can conceal the local realities of this recession and should not rely on it when making important decisions for the recovery from coronavirus.

“The economic severity of coronavirus will be felt across many places, but we must remember that this recession does not occur in isolation. Many people and places outside of the capital will be particularly vulnerable due to the lasting hardships of the past decade.

“Young people’s jobs are most at risk, but a quarter of older workers also face job instability. Politicians have announced the guaranteed youth opportunity but are light on support for those in older categories who will find themselves out of work.”

It’s all about jobs right now, saving jobs, creating jobs, retraining people for new jobs, so what I would call for would be substantial devolved funding so that we can lead a range of interventions into the labour market.The truth is, the impact is going to be different in different places, so the recovery has to be locally led.” adding:

“In the response to the virus we’ve seen a very top-down approach, I would say to the government you’ve got to come at this the other way, bottom-up leading recovery.”

Police appeal for further information into Rusholme murder of Emanuel Simon as 36 year...

Mercer exhibition at the Etihad