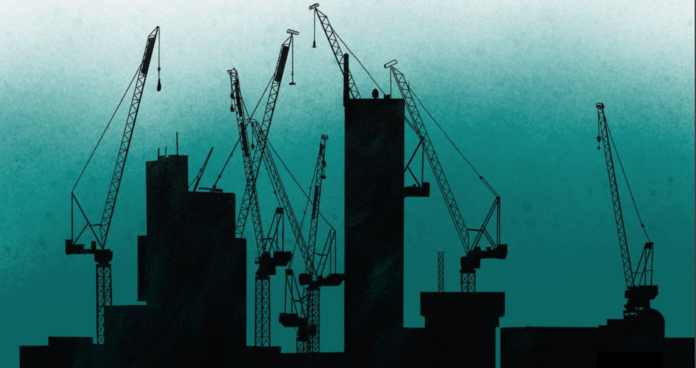 58 organisations, including housing and climate groups, trade unions and charities, have signed an open letter to Andy Burnham calling for a democratic approach to managing public land in Greater Manchester.

The letter followsa new report which raises concerns about the privatisation of Council-owned land in central Manchester.

The report highlights a lack of transparency around public land deals and questions whether Manchester City Council is getting value for money when disposing of its land assets to private developers.

The report estimates that Manchester may be paying nine times more for land in the rapidly gentrifying neighbourhoods of Ancoats and New Islington than it has received in revenue for land in the same neighbourhood. In some cases, prime city centre land appears to have been leased to developers for hundreds of years for free, or a nominal amount of £1.

The researchers ask additional questions about the use of public land to build luxury apartments that are unaffordable to the majority of Manchester’s residents. Despite the Council’s own policy that all new developments should include 20% affordable units, the report identifies numerous developments on public land that contain no social or affordable housing.

The letter to the Mayor says that Greater Manchester is facing a housing crisis: there were 98,898 households on the housing waiting list in 2019, an increase of 98% since 1997.

Manchester City Council’s own policy states that all new developments should contain 20% affordable units. However, the report reveals that public land in Manchester city centre is being used for private developments that contain no affordable or social housing.

In light of the pandemic, and with the ever-growing threat of climate change, the need for public green space has acquired a new urgency. Central Manchester in particular has a notable shortage of green spaces, with recent disputes over New Islington Green and the former Central Ancoats Retail Park sitting high in the headlines over the last year. But this issue isn’t limited to the city centre — across the region communities have been contesting plans to build on green space.