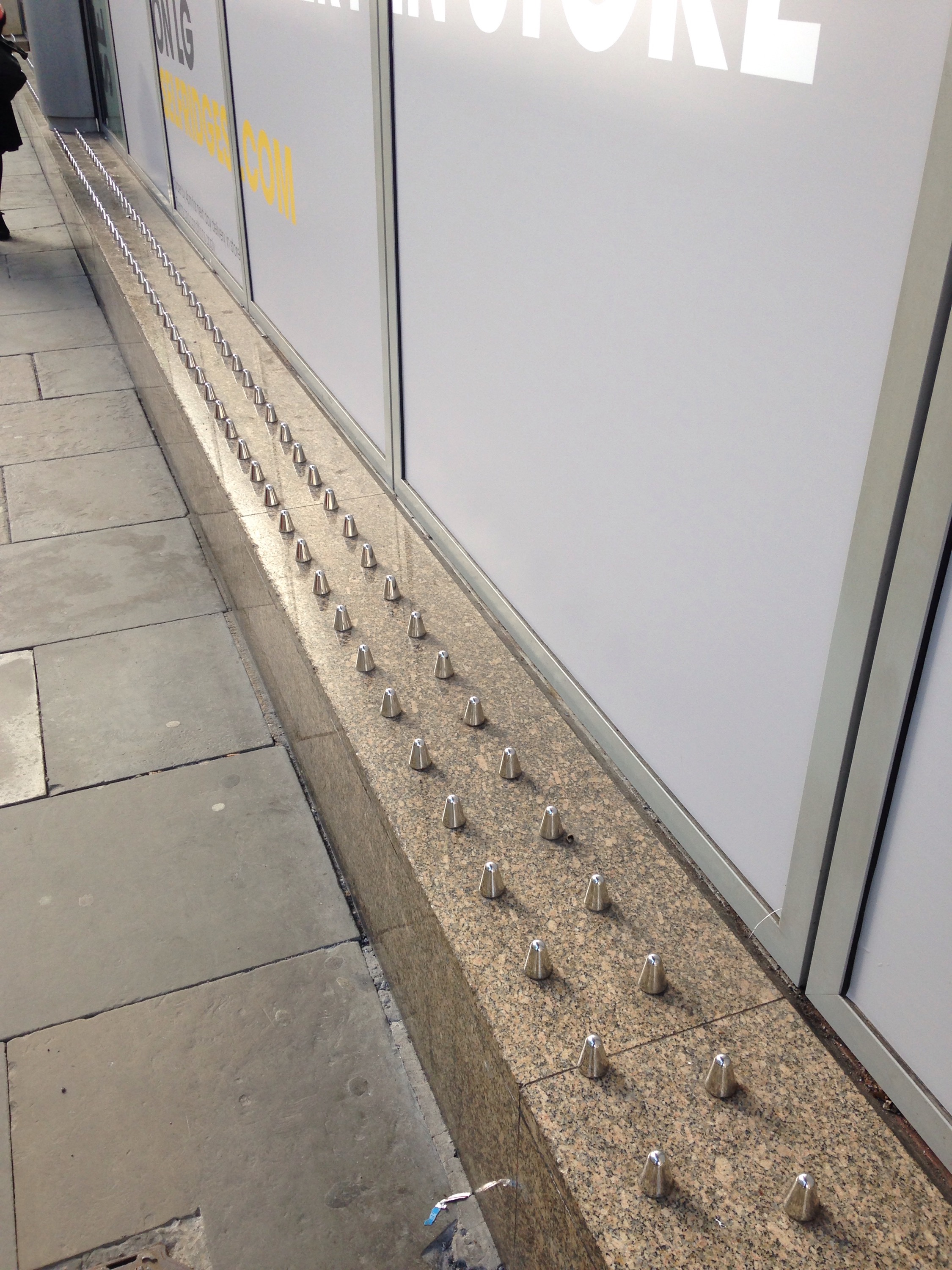 The trend for the so called “homeless spikes” popping up around the city was in the news.

The latest Company under attack was Selfridges who recently installed the spikes outside their department store on Corporation Street. Critics say that they are intended to prevent homeless people from being able to find shelter outside high street shops.

The Green Party candidate for Manchester Central, Kieran Turner-Dave, believes the spikes are “heartless” and “dehumanising”.

“Selfridges’ approach to the poorest in our society is heartless and dehumanising. The solution to homelessness isn’t spikes on the ground. We need investment in good quality social housing, and a fair and effective welfare system.”

A petition on Change.org demanding Manchester Selfridges to remove the spikes has gained almost 5,000 signatures in 24 hours.

It was a week for capturing unruly behavior on You Tube. Nationally, racist chants by Chelsea fans in Paris produced revulsion from all sides but the No43 bus early one morning in Manchester led the way after a 56-second recording captioned ‘Manchester bus fight – Spanish vs Mancs’.

In the footage, you see and hear a a man with a Manchester accent shouting ‘fuck off back to Spain’ and spitting on his victims, and a women swinging punches while clinging onto a tray of chips.

The women would later tell the Evening News that the video only told half the story telling the paper, “I am not a racist.Then they turned on me and I just retaliated. The footage does not tell the whole story but I am not a racist. Some people were shouting but I did not shout anything racist.”

Victoria station Metrolink finally opened, by our reckoning three months over schedule as travelers finally no longer had to hear this I famous words, “we are waiting for permission to enter the single line section.”

But don’t worry if you long to hear them , it will all be happening again come summer time around St Peter’s Square in the summer.

The former Oasis songwriter Noel Gallagher described a night out in Manchester as like “getting out of the van in a safari park, when they’re telling you, ‘Don’t fucking feed the animals,’ and you’re like, ‘I’m going to go and fucking have it with the lions and the monkeys.’” That’s why the city is still his favourite place in the world in a magazine interview.

The Northern Quarter could end up being called Funny Place in Manchester after Ahead of Chinese New Year, VisitBritain released one hundred and one new names, along with other popular suggestions, provided by the Chinese public, for some of the most famous points of interest across Britain

Is Falcao fit for propose? Many Man United fans wonder after the clubs potentially most expensive striker was pulled off the field early in the second half as the team were losing 1-0 in the FA Cup against Preston to chants by the Preston fans of what a waste of money. Although said to be bemused, the ploy must have worked because United scored three and now face Arsenal in the Quarter Final.

According to a well known football pundit, “Time is running out for the £6m loan signing from Monaco, who has until the end of the season to persuade Van Gaal to fork out £43.5m to make his deal a permanent one.”

Create Your Own Profit-Making Niche Amid the Bitcoin Craze!

Easter at the Pen and Pencil

Welcome to Tinsel Town! The Trafford Centre is bringing the glitz and glamour this...