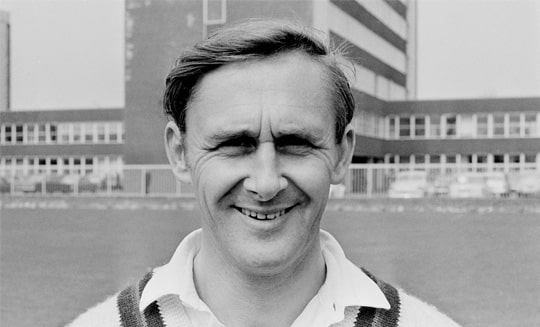 Former Lancashire legend Jack Bond has died at the age of 87.

Bond, who made his debut for Lancashire against Surrey at Old Trafford in 1955, led Lancashire to three Gillette Cups and two Sunday League titles during his five years as Lancashire Captain and re-joined the Club as Manager after a season with Nottinghamshire in 1974.

Bond was Lancashire’s Captain during a golden era in the late 1960s and early 1970s when the Club emerged as the premier One-Day side in the country. He led the Red Rose for five years from 1968 during which time Lancashire won three successive Gillette Cups and the first two Sunday League competitions in 1969 and 1970. He also guided the Red Rose to two second places in the County Championship.

It was during the 1971 final against Kent at Lord’s that saw Bond assume legendary status with Lancashire Members and supporters. His near superhuman diving catch of overseas star Asif Iqbal, when fielding at extra cover to the bowling of Jack Simmons, turned a match that Kent was threatening to run away with. His judicious use of spin bowling in limited-overs cricket was to prove his signature as a Captain and his legacy as a tactician.

Lancashire Cricket Chairman, David Hodgkiss OBE, said: “Jack was a Lancashire man through and through. He was a true legend and a great friend of the Club. He will be missed by all at Emirates Old Trafford who were lucky enough to know him.

“As a Captain, his record speaks for itself. He will undoubtedly be remembered as one of the Club’s greatest ever skippers. He led from the front and commanded huge respect from his fellow players. He will be remembered immensely fondly by so many.

“The thoughts of everyone at Lancashire Cricket Club are with Jack’s family and friends at this very sad time.”

The not so big society

Thousands flock to have their Co-op say