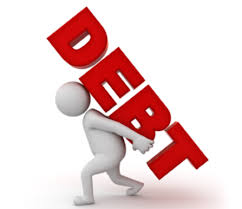 The Labour Party are to announce plans to place a cap on the total amount that can be paid in overdraft fees or interest payments.

This announcement comes at a time when real wages are lower than when the Tories first came to power in 2010, which has created a vicious circle of debt for some of the poorest and most financially vulnerable households in our country.

Independent debt campaigners have warned of “persistent overdrafts”, where high fees and low wages prevent families ever dragging themselves fully back into the black through no fault of their own.

In a move welcomed by campaigners, such as actor Michael Sheen, Labour’s plans will help an estimated 2.7 million people who according to the Financial Conduct Authority are stuck with permanent overdrafts and using them over 85% of the time and incurring higher charges.

It is estimated these proposals will help those same people trapped in this persistent debt trap by more than £233m a year – the equivalent of £86 each a year.

Further research has shown that overdraft charges can be up to four times higher than the equivalent borrowing from payday lending.

In addition, surveys show separately that nearly 3 million people have to rely on their overdraft for essentials like food and household bill.

“The Tories’ rigged economy has seen real wages fall and insecure work multiply, whilst they handout huge tax giveaways to the super-rich and the banks.

“Too many families are having to rely on borrowing just to get to the end of the month, and are facing huge costs from our high-street banks.

“The national scandal of the low paid debt trap has to end. More needs to be done to level the playing field and bring greater fairness in consumer finance.

“Labour will end the misery of permanent debt and extend the cap on borrowing charges to overdrafts. We’ll also introduce a £10 an hour real living wage, and build an economy that works for the many, not the few.”

Over 1 in 3 freelancers will struggle to pay their tax bill after financial...

Student who survived lockdown thanks to her art hobby is turning her talent into...

North West biggest region for tech jobs outside London and South East – with...