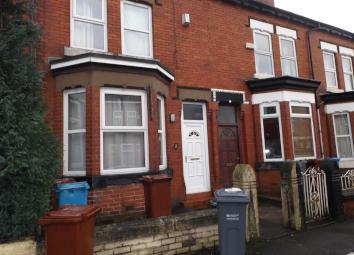 Labour’s Shadow Secretary of State for Housing John Healey has today revealed that £351m a year in housing benefit is going to private landlords letting out substandard homes in the North West.

193,000 private rented homes in the North West fail to meet the decent homes standard, the highest figure outside London and the South East.

The new analysis from the recent official English Housing Survey shows the cost to the public purse of England’s 1.35 million sub-standard private rented properties. Taxpayers are picking up a bill for £2.5bn a year nationally in housing benefit paid to landlords who are letting out properties that the government classes as ‘non-decent’.

To be classed as ‘decent’ a home has to be warm, safe and in good repair.

Labour has pledged to crack down on sub-standard private rented homes by offering a ‘consumer rights revolution’ for renters, starting by introducing tougher legal minimum standards for all private rented homes, and encouraging private landlord licensing. At present, there are effectively no minimum standards for private renters, and tenants are reliant on over-stretched council environmental health teams to weed out dangerous homes rather than being able to take matters into their own hands.

“The number of families renting from a private landlord has soared by more than a million since 2010 but decisions made by Conservative Ministers have made it easier for a minority of bad landlords to fleece the system.Most landlords provide decent homes that tenants are happy with, but these rogue landlords are ripping off renters and taxpayers alike by making billions from housing benefit on sub-standard homes.

“Theresa May declared the ‘housing market is broken’ but Tory Ministers won’t act to make the market fairer or work better for private renters.“After seven years of failure the Conservatives have no plan to fix the housing crisis. The next Labour government would call time on bad landlords and bring in a New Deal for private renters to establish new consumer rights. We’d introduce legal minimum standards to put renters back in control, and give councils the powers they need to tackle the worst offenders.”