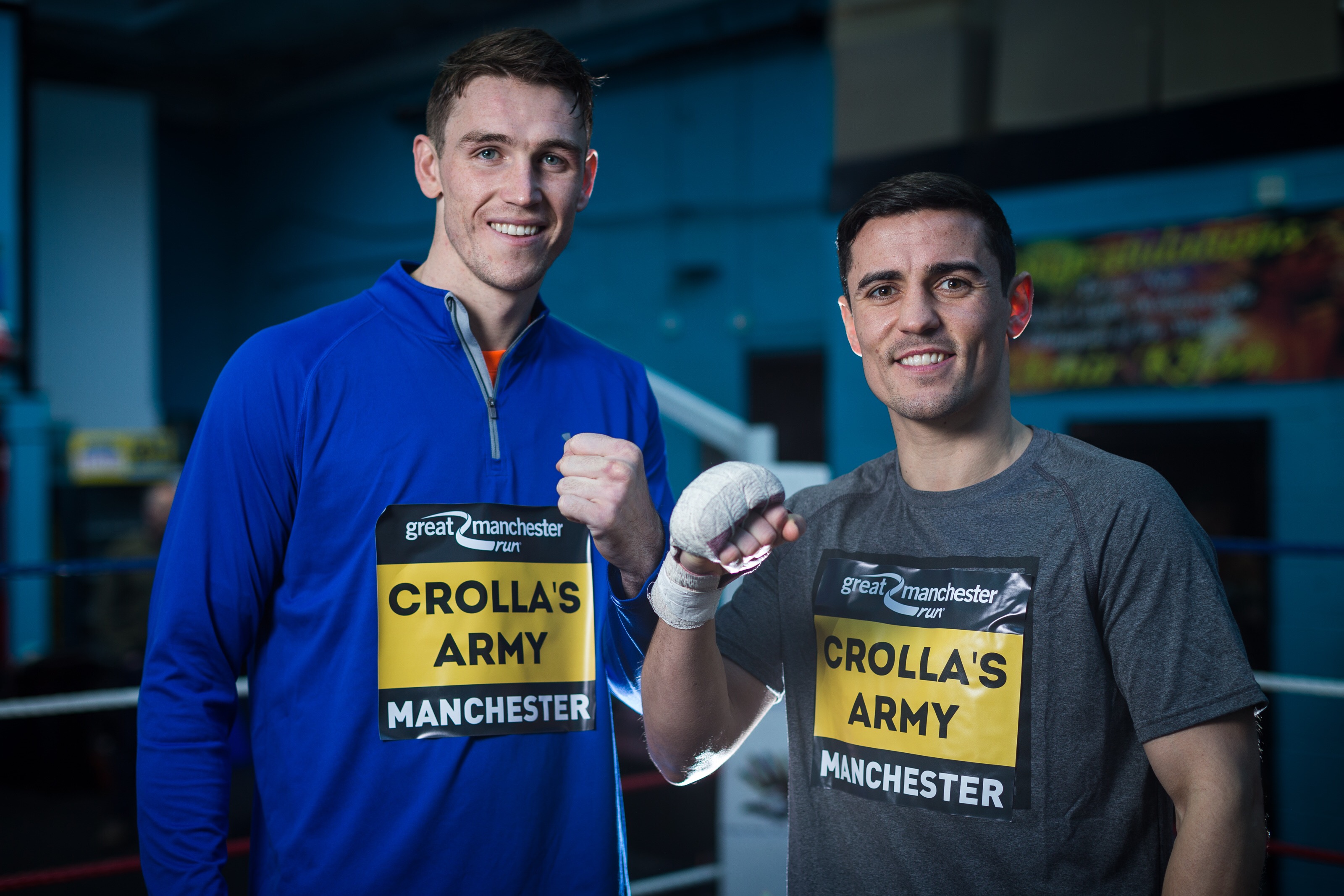 World Champion boxer Anthony Crolla today launched a search for ‘Crolla’s Army’ of local runners to join his team for this year’s Great Manchester Run.
Crolla has already signed up fellow boxing champion Callum Smith to ‘Crolla’s Army’ who joined him to launch the search for runners of all abilities at Gallagher’s Boxing Gym in Bolton, where Crolla trained to become World Champion.
Manchester’s Greatest Run takes place Sunday 22nd May with 40,000 runners challenging themselves over 10km through closed city centre streets.

There are only 12 places in ‘Crolla’s Army’, one for each round of a boxing bout, and all team members will receive a personal training session with the World Champion, support and encouragement from Anthony during training, branded ‘Crolla’s Army’ running shirt, and be joined by Anthony at the start and finish line of the race for last minute pep-talks and to ensure they have their Greatest Manchester Run.

Anthony Crolla and Callum Smith will be running the Great Manchester Run to raise awareness and funds for autism charities.

“Manchester’s Greatest Run is a really special event, with the whole city coming out to run or cheer their support. I had so much support from start to finish and I just want to give something back and help other runners of all abilities have their Greatest Manchester Run. I know that setting a clear and firm challenge is the way to get the best out of yourself and I’m looking forward to helping ‘Crolla’s Army’ meet their own personal challenge at this year’s Great Manchester Run.”

Runners of all shapes, sizes and abilities are encouraged to apply, but will be required to live in, or be able to travel to, the Greater Manchester area and be at least 15 years old. Applicants must have already entered or intend to participate in the 2016 Great Manchester Run to be selected to join ‘Crolla’s Army’. All applicants can sign up for the run at http://www.greatrun.org/Manchester
To register interest runners are invited to email crollaarmy@greatrun.org by midday Monday 22 February with a maximum 100-word summary on why they want to run with ‘Crolla’s Army’ on Sunday 22 May at Manchester’s Greatest Run.