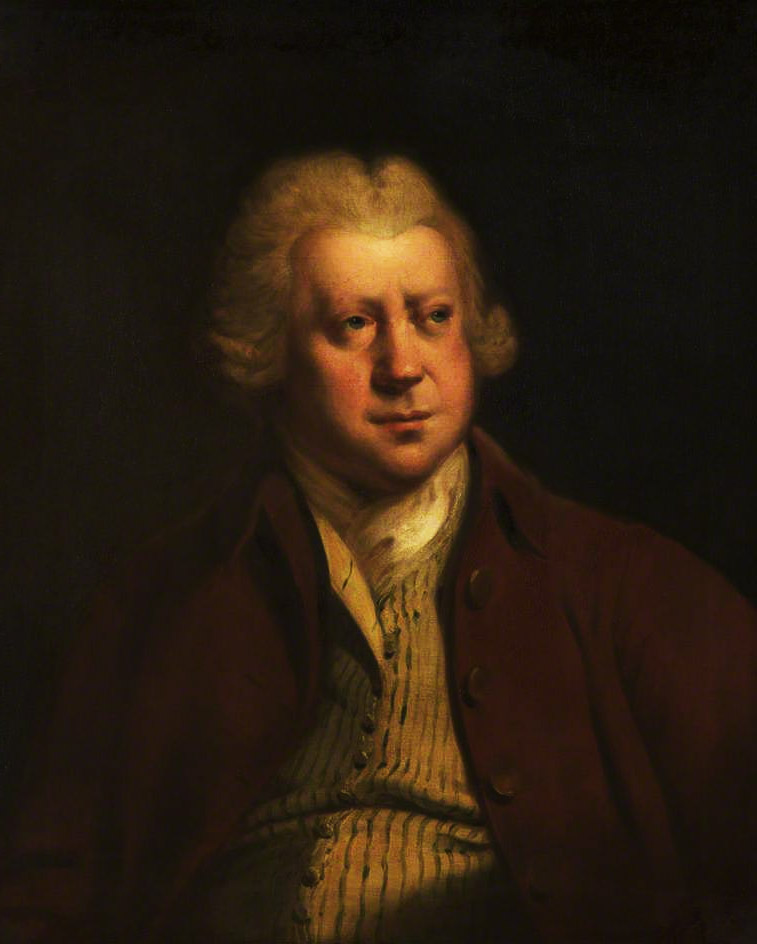 The wonderfully simple invention of a the man who with a bit of string and two pickers actuating a fly shuttle, quadrupled the power of the weaver and placed Lancashire in the front rank of the markets of the world.

Yet John Kay, credited with bringing wealthy and prosperity to the region would be driven from his native town, compelled to end his days in a foreign land and would die, unwept,unsung and unhonoured, so that no one would even know his last resting place.

The mistaken idea that his invention would rob working men of their employment, would follow him to his grave.

He was born in a cottage at Park, near to Ramsbottom in 1704,fatherless and taught by his mother who remarried a Bury wool manufacturer who repaired and constructed his own machines.The young John would become an apprentice to a hand loom reed maker, the reed was a comb like device which kept the warp threads together on the hand loom.

Returning from his apprenticeship he would conceive the idea of improving the manufacture of bays and broadcloths by increasing the length of the slay or batten and controlling the shuttle from a central position by string.Previously it had to be passed by hand,now a pull on the string would allow a weaver to go further than arms length.

He patented the device in 1733 and also invented a spinning machine which predated Hargreaves by more than 20 years.

Whilst firms quickly adopted the process without regard to paying royalties forming an association that refused to pay him whilst workers, angry that their livelihoods were under threat would turn on its inventor,his home ransacked and looms destroyed.

Kay would spend years fighting legal battles over his patent and would move to France,three of his sons following him one account says to offer his services to the continental weaving industry with his la navette anglais, another that he was simply fleeing his creditors.

He would be immortalised in a most undignified way in Ford Madox Brown’s murals hanging in Manchester town hall which shows the inventor escaping from his house as rioters break in from the windows, kissing his wife goodbye, his two little girls distraught, the family dog barking furiously whilst he is bundled out to a waiting cart wrapped in a blanket.

Whilst one account is that he would die in relative poverty, another would claim he made a comfortable living, moving to the South of France and dying in the winter of 1780.

For Kay the truth may have been that as with many inventions, in its original form, it did not work particularly well and only after many improvements did the flying shuttle become sufficiently robust and reliable to deliver the gains that it promised. The reason that so many firms violated his property rights were that they needed to develop the original idea.

Kay would be honoured by his hometown on the bicentenary of his birth, an impressive memorial stands today in Bury’s Kay gardens, recently cleaned and refurbished, an Ornate Italianate domed octagon, surmounted by John Cassidy’s bronze figure of Fame, and surrounded by smaller figures of Agriculture, Engineering, Mining and Weaving.

Under it the plaque writes of Kay

WHOSE INVENTION IN THE YEAR 1733 OF THE FLY SHUTTLE

AS THE BEST MARKET IN THE WORLD FOR TEXTILE MANUFACTURES.

HE WAS BORN IN BURY IN 1704, AND DIED IN EXILE AND POVERTY IN FRANCE,

WHERE HE LIES IN AN UNKNOWN GRAVE.

The man who brings Manchester’s ghost buildings back to life.