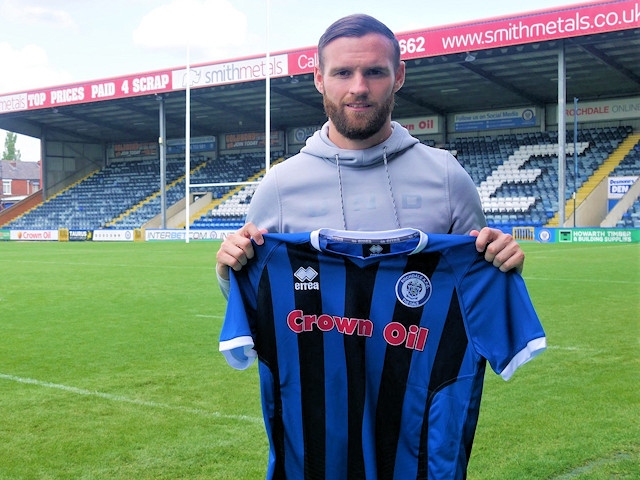 The 30-year-old, who has made nearly 400 career appearances, has penned a two-year deal with Dale.

Ryan started his career at Premier League side Liverpool and was part of their FA Youth Cup winning teams of 2006 and 2007, before moving on to Shrewsbury Town for a short spell.

From there, he joined Accrington Stanley where he spent three years. After his performances for Stanley throughout the 2010/11 season he was voted in the PFA Team of the Year. Scunthorpe United and Chesterfield followed, before the midfielder moved to Fleetwood Town and again impressed, winning the Club’s Player of the Year award in 2016.

Most recently, Ryan spent the last two seasons at Blackpool, where he captained the side during the 2017/18 campaign, but turned down a new contract at the Seasiders this summer to pursue opportunities elsewhere.