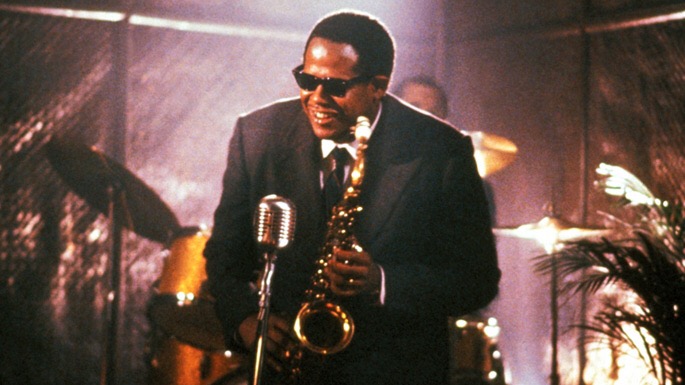 Eight specially selected films will be screened to illustrate some of the defining moments in the history of jazz and cinema.

HOME is delighted to be screening Jazz on Film, a season of films on a jazz theme as part of this year’s Manchester Jazz Festival, which runs in the city between Fri 22 – Sun 31 July 2016.

The season kicks off with Lift to the Scaffold, French auteur Louise Malle’s debut feature from 1958, with a score by Miles Davis. That is followed by a special 35mm print of Spike Lee’s 1990 film Mo’ Better Blues, featuring Lee himself, Denzel Washington, and Wesley Snipes.

Thelonious Monk: Straight, No Chaser, a portrait of the master pianist-composer, will be followed by Tubby Hayes – A Man In A Hurry, director Lee Cogswell’s account of legendary British saxophonist.

Writer and producer Mark Baxter will introduce that film.
Bird, Clint Eastwood’s loving study of Charlie Parker, featuring Forest Whitaker as the troubled saxophonist, will be followed by a rare screening of The Connection, from American director Shirley Clarke.

The film was swiftly withdrawn from circulation owing to its frank depiction of drug taking after its heralded debut at Cannes in 1961.
Bertrand Tavernier’s ’Round Midnight, from 1986, featuring Oscar-nominated Dexter Gordon as fictional saxophonist Dale Turner is next, and will, we hope, be introduced by Matthew Halsall. Basil Dearden’s All Night Long, from 1961, closes the season.

“With introductions from key jazz artists and experts, the Jazz on Film season is a rare opportunity for audiences to enjoy these in one setting and adds an exciting dimension to this year’s festival.”

“Jazz and Manchester go together like hand and glove, with numerous key figures in jazz emerging from the city in recent years,” says Jason Wood, Artistic Director of Film at HOME. “In my first year in Manchester I noticed the buzz the Manchester Jazz Festival brought to the city, and I really want to harness that at HOME during the festival this year. The selection of films is quite diverse, as is jazz itself – for some these titles will be a new discovery, for others it will be like slipping on a favourite old album.”

Saving Lives by Remembering Those That We Have Lost to Suicide on World Suicide...