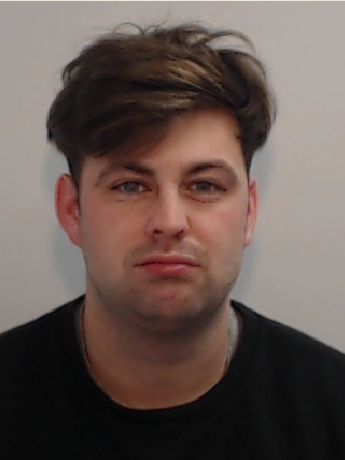 A driver who hit a man in Cheadle and left him seriously injured in the road on Boxing Day has been jailed.
Marc Anthony Dightam 33, Cranford Road, Knutsford, pleaded guilty to serious injury by dangerous driving at an earlier hearing.

Today,he was sentenced at Manchester Crown Court to two years and eight months in prison and was disqualified from driving for six years and four months.

The court was told that on the evening of Monday 26 December, a 40-year-old man was crossing Ashford Road at its junction with High Street when he was struck by a silver A-Class Mercedes, driven by Dightam.

The car travelled 60m down the road with the man trapped underneath, before he came free and was left with serious injuries in the middle of the road.Dightam then drove off

.The victim was taken to hospital where he was treated for serious injuries, and is now recovering at home.

Officers launched an investigation and the car was later found abandoned in a carpark at Bruntwood Park, Cheadle. It was identified as belonging to Dightam, who was traced and arrested.

Police Constable Paul Hailwood of GMP’s Serious Collision Investigation Unit said: “Dightam knew he had hit the man, but continued to drive dangerously and then fled the scene, leaving him seriously injured in the road.

“The victim is lucky to be alive and my thoughts are with him, as he is bravely trying to get his life back on track

“I would also like to thank the witnesses to this harrowing incident who helped us with our investigation.The case is a warning to others – if you fail-to-stop at the scene of a collision we will use everything at our disposal to find and prosecute you.

“Marc Dightam is now in prison where he has time to reflect on his actions on Boxing Day.”