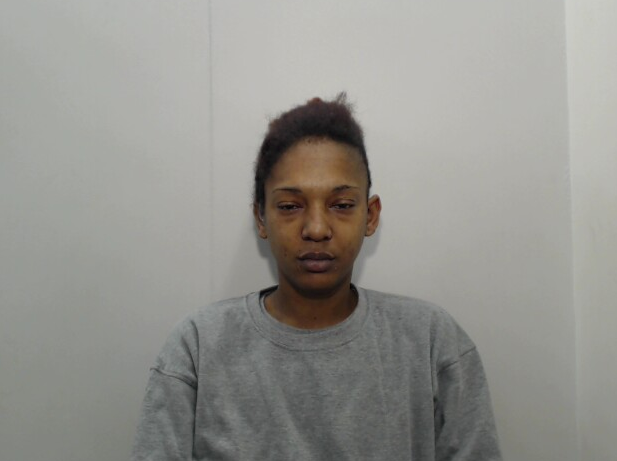 A woman from Stretford has been jailed for 11 years after a launching a vicious attack on a grandmother and grandchild – both of whom she did not know – in their own home, before stealing an old laptop.

The court heard Oghani admit the offences, relating to the incident on the afternoon of Wednesday 13 November 2019 at an address in Moss Side.

The court heard how Oghani’s savage tirade lasted over a 10-minute period at an address in Moss Side last November where she forced her way into the victim’s house before attacking the woman with two knives, a chair, and a laptop – which she then made off with.Such was the force of the attack, the blade of one of the knives used by Oghani bent out of position.

The victim’s grandchild was also kicked and pushed out of the way during the ordeal.The 29-year-old inflicted a large wound to the back of the woman’s head, as well as causing a petechial haemorrhage after strangling her with a scarf.

Following the attack, the court heard how Oghani left the scene and was seen washing her bloodstained hands in a puddle in the street while making off with the laptop.

The victim was initially left unconscious but was later able to alert neighbours before the incident was brought to the intention of police.

Key  DNA evidence – including Oghani’s hearing aid, which was left at the scene – and CCTV footage helped detectives identify Oghani, who had fled to London after the incident and was subsequently arrested.

Detective Constable Mike Baylay, of GMP’s City of Manchester Central division, said: “This was a vicious and vile attack which saw the victim, quite frankly, left for dead and caused great distress for the woman’s young grandchild who was also targeted during this random act of savagery.

“While today’s verdict is a welcome result, it will do very little to heal the emotional and physical consequences that Oghani’s victim has suffered, and I hope that Oghani will find it within herself to portray any ounce of remorse while she sits behind bars.

“Aside from the brutality of the use of weapons, Oghani’s attempt to strangle the victim using a scarf showed a complete disregard for the woman’s life; the randomness and viciousness of Oghani’s actions mean the streets are much safer without her.”