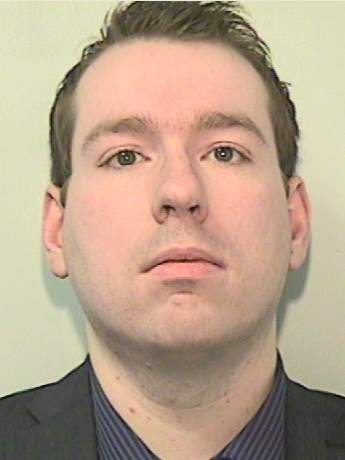 A solicitor, who told clients there had been an administrative error as he stole over £1million from their accounts, has been jailed for seven and a half years .

In December 2012, Davies took over a solicitor’s firm in Manchester and began stealing money from his clients by pretending payments hadn’t been processed, or claiming he’d completed work he hadn’t done.

To hide his lies, Davies produced forged documents including land registry certificates, insurance certificates and even court judgements that told clients’ they’d been awarded damages when they hadn’t.

Months later, in July 2014, Davies’ firm was helping two clients arrange their mortgage via a large bank payment and he altered the account details on the payments, diverting nearly £500,000 to his personal account.

On another occasion, instead of paying off a client’s mortgage, Davies retained £381,000 in the firm’s client account and used it to pay his own bills and wages.

He told the client there had been an ‘administrative error’ at the bank and produced a false statement showing the money had been successfully transferred.

In a separate case, Davies continued taking money for a mortgage despite the sale falling through, moving these funds into a fake account and advising the client to cancel his direct debit payments.

In litigation cases, Davies produced forged court judgements and gave false updates to clients, claiming he’d won damages when he hadn’t done any work at all.

When clients chased these payments, he told them there had been an administrative error, denying them the opportunity to genuinely seek compensation.

Davies’ immoral actions continued as he had stopped the insurance cover on the firm’s litigation cases – but allowed his employees to continue to issue proceedings on behalf of clients – knowing that if they lost, the client would face significant court bills that they thought they were covered against.

When the Solicitors Regulation Authority investigated the firm in November 2013, after a £50,000 shortfall in the firm’s client account, Davies continued to produce forged documents up until the firm was shut down in 2014.

Davies initially denied his involvement, suggesting it was employees who had carried out the fraud, before admitting his guilt after a further 14 forged documents were uncovered.

Detective Sergeant Julian Scarsbrook of GMP’s Economic Crime Unit, said: “Solicitors are people that we trust in some of the most stressful times of our lives, but Davies has completely undermined this role through his deceitful and absolutely illegal actions.

“He took hard-earned money from people who put their faith in him, showing no concern for the fact he was not only letting them down but potentially putting them into real financial jeopardy.

“His corrupt actions tarnished the excellent reputation of the firm he took over, and the hard-working employees at his company, who had no idea about Davies’ dishonest dealings.

“Davies was ready at every stage with a doctored statement, or fake story, but our investigation team were able to see through this and finally hold him to account.

“I hope every single person who Davies deceived takes some comfort seeing him behind bars, unable to exploit trusting clients any longer. “