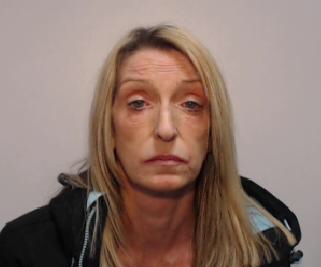 A Tameside woman has been jailed following a fraud operation which uncovered almost a decade of offending.

Gail Andrews of Ashton Road, Denton has today been sentenced at Manchester Minshull Street Crown Court to twenty eight months in prison after she had previously pleaded guilty to one count of theft by an employee.

The court heard how between July 2009 and February 2018 Andrews stole over £150,000 from the manufacturing company she worked for in Bredbury as a manager. She directly transferred funds to her own personal accounts by falsifying invoices.

While making payments on behalf of her employers, Andrews changed the billing sort code and account details to her own. In total, losses amounted to £151,206.30.

The theft was only unravelled when a new finance manager was appointed and began to audit the company’s financial history.

Constable Jill Scott, of GMP’s Fraud Investigation Team, said: “Gail Andrews stole hundreds of thousands of pounds and had a total disregard of the consequences of her selfish and deceitful actions, which could have resulted in many employees losing their jobs and livelihoods.

“Andrews did not have any reason for stealing this money other than to finance a better lifestyle for herself – spending the stolen money on lavish holidays and clothing.

“I hope that prison will give her time to reflect on the stress and strain she undoubtedly put on the family run business and those who trusted her in such an important role.

“This sentence should serve as a stark reminder that if you are willing to deceive your employers for personal gain, irrespective of the amount, you will be caught and brought to justice.”

Officers will now seek a hearing under the Proceeds of Crime Act where they can recoup Andrew’s ill-gotten gains.