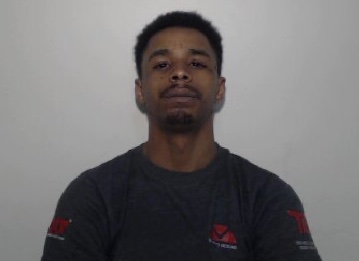 A Whitefield man has been jailed for 20 months after stealing from an elderly man whilst he was suffering a cardiac arrest.

The 73-year-old victim was robbed by Danilo Furtado whilst he suffered a cardiac arrest on the steps leading towards Bury Metro station in August this year.

Furtado approached the elderly victim whilst he was having a cardiac arrest – and instead of immediately calling for assistance – chose to steal a number of his personal belongings including his phone, wallet and a gold chain.

A call to the ambulance service was made at around 11:20pm and the victim was taken to hospital, however he was sadly pronounced dead the following day.

Detective Constable Dave Potter of GMP’s Bury district said: “Furtado’s actions have shown that he has a complete disrespect for others and I hope this sentencing sends a clear message that this shocking behaviour will not be tolerated.

“Furtado preyed on a vulnerable man as he was suffering from a cardiac arrest and I honestly cannot comprehend that someone would stoop to such levels.

“Today’s result is absolutely welcomed by myself and my colleagues and I would like to thank all whose hard work has resulted in Furtado being put behind bars.”