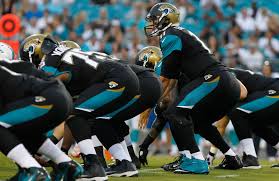 The Se7ens Cup is a seven-on-seven flag American football (non-contact) tournament, which will see amateur teams up-and-down the country fighting to make it to this year’s final at Allianz Park on September 22nd. Here the winner of Manchester’s heat will represent the North, facing off against London’s (the Souths?) best team and battling it out to score a once in a lifetime trip to the 2018 Super Bowl!

American football is one of the fastest growing sports in the UK, and the Jacksonville Jaguars have been working hard to get more people involved in the game. One of their initiatives, which will be running alongside the tournament, is the JagTag programme.

JagTag is a simplified, non-contact form of American football that’s easy to pick up, suitable for all ages and abilities, and with a proven track record of engaging kids in sport. Now designated as one of Sport England’s official satellite club programmes, the sport has established itself a perfect way to helping kids get active – and stay active.

The Jaguars’ Se7ens Cup is the perfect chance to try a new sport and enjoy a family day out. Coaches will be on hand to teach the JagTag fundamentals and when the kids are tired out, families can relax and enjoy the music, food and drinks whilst checking out the intense competition on the Se7ens pitches. Who knows, perhaps a future NFL star will be born!

To find out more go to: www.jagtagsummercamp.com