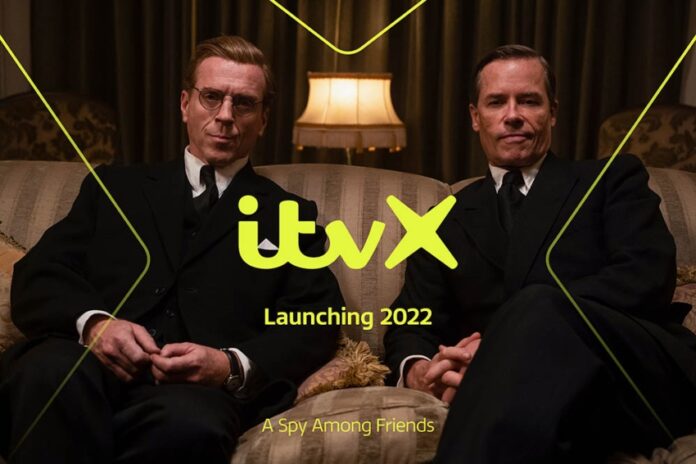 ITVX will be viewer led – viewers can choose to watch thousands of hours of content for free in an advertising funded tier or trade up to a subscription service which provides all that content ad-free and in addition provides thousands more hours of British boxsets from BritBox and other partners’ content.

In a step change to its traditional approach ITV will now adopt a digital first windowing strategy – premiering much of its new content first on ITVX and subsequently months later on ITV linear channels.

There will be something for everyone on ITVX, with more fresh new content dropping every week of the year than any other British video on demand platform.

“The digital acceleration we are announcing today builds on everything we have achieved in phase one of our More Than TV strategy. ITVX will be a free service supported by adverts, with a compelling subscription proposition. This is fantastic for viewers – it will provide a simplified and seamless experience with thousands of hours of free content made up of both library and original exclusive content. The subscription tier will provide a premium offering and includes all of the content ad-free as well as BritBox and future SVOD content partners.

“We are supercharging our streaming business, fundamentally shifting our focus to think digital first, as well as optimising our broadcast channels, by continuing to attract unrivalled mass audiences. In doing so we are responding to changing viewing habits, but also the evolving needs from our advertisers. This will enable ITV to continue to be both commercial viewers and advertisers’ first choice.”

“Viewing habits are changing rapidly and ITV has exciting plans which we are announcing today to really scale up our streaming ambitions, offering viewers a service with more fresh, free content dropping every week than anywhere else.

“Our broadcast channels are very important to what we do, and we are still focused on delivering what ITV does better than anyone in commercial TV – creating programmes that bring audiences together – in-the-moment, in their millions, for that shared viewing, scheduled TV experience.

“However we know we have to deliver our programmes to as many people as possible in all the ways they want to watch them, and going forward viewers will now see a wide array of shows premiering first on ITVX, which is the cornerstone of ITV’s digital acceleration.”

“2021 was a record year for ITV Hub and BritBox, giving us strong foundations from which to supercharge our streaming strategy. We are investing significantly in new and exclusive programmes which will be free to stream, and also in technology and product design to make the viewer experience and interface a premium one on ITVX.”

ITVX will be the first streaming service in the UK to offer viewers the flexibility to access free content with ads and ad-free paid subscription, all in one place.

Viewers will now be able to stream new programme exclusives, with adverts, for free; ranging from premium ITV dramas, documentaries, US series, comedy and reality shows to blockbuster films and much, much more.

As well as “streaming first” exclusives, all the drama and comedy ITV commissions will be made available to viewers in one go on ITVX, for free, as soon as the first episode has aired on ITV’s linear channels. The same will be true of the majority of reality series.