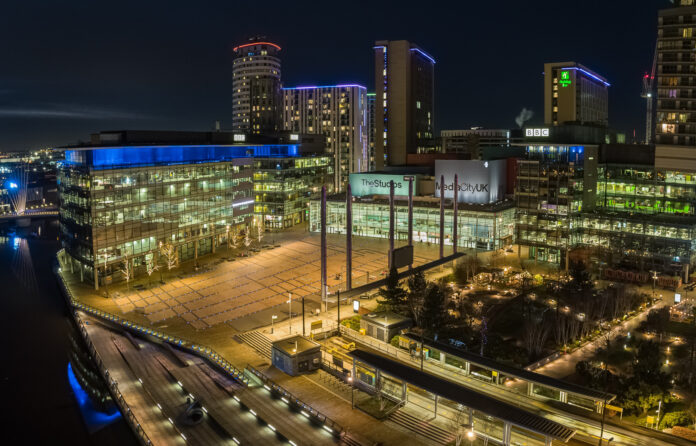 The BBC and BBC Studios has today announced that the UK’s television coverage of the world’s biggest and most watched song competition will be produced and broadcast from Salford.

From this year the points awarded by the UK professional jury will be announced by the spokesperson from a North West of England location for the first time ever.

This result will be beamed live to the Eurovision 2022 Grand Final hosts in Turin, Italy and to a huge global audience in excess of 180 million viewers, making Salford the new permanent production base and broadcast location for Eurovision in the UK.

Suzy Lamb, Managing Director BBC Studios Entertainment said:
“We are so thrilled to continue building the expertise and skillset of our production hub in the North. ‘It will be so exciting to welcome the global Eurovision audience to the North West with ‘Good Evening From Salford in Greater Manchester’.”

“The North West of England is famously renowned for its unrivalled musical heritage not just in the UK but across the globe, so it is fitting that from now on the region will be part of the biggest music contest on the planet.”

Police arrest five during week of action across Wythenshawe

Tram commuters to be serenaded for Valentine