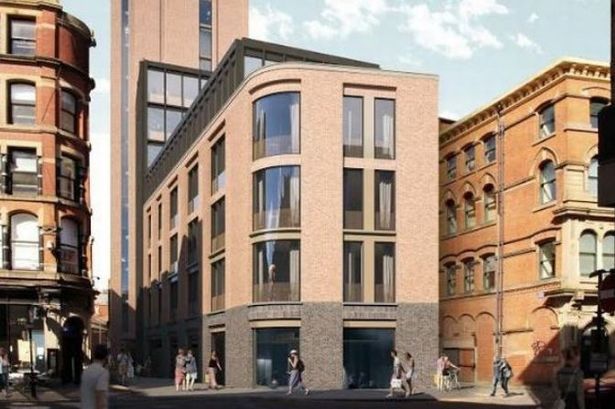 In the words of City Centre Councillor Joan Davies, the soap opera has come to an end.

After eighteen months, the final application to build a controversial 122 bedroom hotel in the Shudehill area of Manchester’s Northern Quarter have been rejected by Manchester City Council’s planning committee.

The proposal was sent back to the developers last month after Cllr Basil Curley, sitting on the committee, said that having heard all the arguments he was convinced that a thirteen storey building would have a detrimental effect on the historical ethos of the area and asked that the building should be reduced to eight storey’s high and formerly proposed that the application be rejected on the basis of height.

After another passionate speech from City Centre Councillor Davies who urged the committee to reject on the basis that it does not fit in with the character of the Smithfield Conservation area and described the proposals as having the grace of a giraffe among hamsters.

Despite the developer saying that It had tried to strike the right balance on a difficult site, Cllr Curley said that it doesn’t alter the course of the application and in his view it is still too high.

City Centre campaigner Loz Kaye said:
“The planning decision is a victory for residents. It is them who have spear-headed the campaign on these terrible proposals that would have harmed the Northern Quarter.
Councillors may make light of the fact it has been a long saga. But it has been very distressing for residents.
The whole mess is one of the council’s making. We now need a coherent plan for all of the Northern Quarter that really values the neighbourhood.”

Greater Manchester Fire and Rescue Service needs to do more to protect the public...