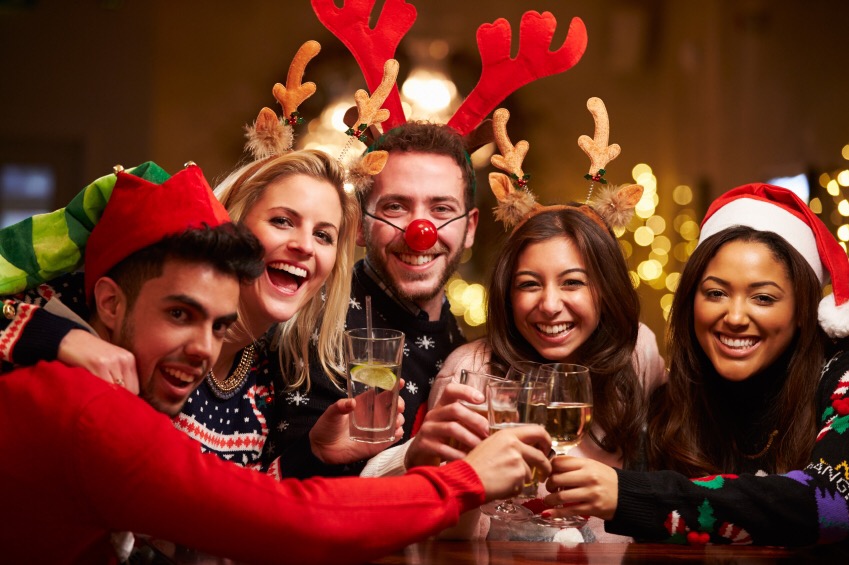 Ian Dawson, Head of Employment at top corporate solicitors Shulmans LLP, asks if the pitfalls of the office festive celebrations are worth the potential legal hassle

The office Christmas party is usually considered to be one of the highlights of the corporate year, but top Employment law expert Ian Dawson has suggested that it might be time to scrap it altogether.

“In a multi-cultural society, we have to consider whether or not the concept of the Christmas party is outdated,” he explained. “Few of those employees who don’t celebrate Christmas themselves will raise objections to the annual office bash, generally because they’re too polite and don’t want to be seen as a Grinch. They’re left making excuses as to why they can’t attend and thus lose out on the treat provided for others.

“It’s important that employers are inclusive towards all staff. If a free work Christmas party is being provided that they feel they cannot attend, then perhaps it’s time to look at offering all employees something else instead. We’ve certainly seen an increase in firms holding parties at different times of the year rather than December, as there are no religious overtones and less emphasis on employees behaving badly ‘because it’s Christmas’”, Ian added.

In fact, that’s the very reason why a work Christmas party can have serious implications well beyond a red-faced walk through the office the next morning.

“There’s just something about the office Christmas party; it’s often the only work event that embraces everyone from boardroom to post room, so understandably employees place a lot of emphasis on making the most of it. However, it is important not to forget that the contract of employment still stands, even when the office party is held off work premises,” he said.

“This means all clauses in employees’ contracts, such as confidentiality, discipline, harassment and discrimination still exist within a context where plenty of often free alcohol is consumed, causing staff to lose their inhibitions and discuss typically taboo subjects more openly with colleagues.”

Ian advises employers to avoid a free bar and just put up with the complaints from employees. “Employers have a duty of care towards their employees. There is something of a blurred line of responsibility between paying for your workforce to enjoy themselves, and supplying so much free booze that they consume quantities that result in them becoming ill, or getting into a fight, or worse.

It’s also advisable to keep your party for staff only, for this reason,” he added, “as the question of vicarious liability – do you have a duty of care for someone you don’t employ – is problematic.”

Ian also adds that in relation to an employer being liable for its staff, the risks involving alcohol may not end at the party. “Employees who have consumed a lot of alcohol could find themselves over the legal limit to drive, after the event including the next morning. If problems arise, there could be arguments as to whether the employer’s liability would be extended to be liable for any such incidents, in view of the fact that this is a work event.”

Secret Santa gifts have also been known to cause problems for employers, as employees play jokes on one another by giving inappropriate gifts. “It’s better to go for the tombola option,” he advised, “where you have a budget limit but otherwise don’t know who you’re buying for. The gifts have a ticket number, the employees choose a ticket out of a hat, and the gifts are given on this more random basis. Saves a lot of potential problems.” “ Another suggestion is to do this as a charity event with contributions going to a charity. Employees are likely to respect the aims of the event and be more conservative in the gifts that they choose.”

With the stresses of work, it is hard not to get wrapped up in Christmas fever but when getting involved in any festive activities or events this year, it is always important to remember, you’re not doing work but you’re still at work!

· Make inappropriate jokes, such as your boss being Father Christmas because he only seems to work one day a year. You might not be working, but you’re still at work. Never say anything you wouldn’t be entirely comfortable with saying at 9am in the office.

· Wear your most revealing outfit or comedy slogan t shirt. Check the dress code first and remember, revealing too much flesh may offend some colleagues, and your idea of a jokey t shirt may be someone else’s idea of an offensive remark.

· Get blind drunk. Falling over the boss then vomiting into the festive punch is likely to involve you in disciplinary action.

· Think it would be hilarious to give inappropriate gifts for the Secret Santa exchange of presents. The recipient might not be offended, but other colleagues could be and this could still land you in trouble under the law.

· Remember that bringing illegal substances to the party to “make it go with a swing” is likely to be a career-ending move.

· Avoid all controversial conversation topics, particularly sex, politics and religion. All three are likely to get you into trouble, no matter how like-minded you may consider your colleagues.

· Be tolerant and respectful of those who don’t celebrate Christmas. And if you’re an employer, remember – you may have to arrange an alternative event to avoid allegations of discrimination on religious grounds.

· Bosses: you have a duty of care towards all your employees – Do make sure everyone has the means to get home safely.